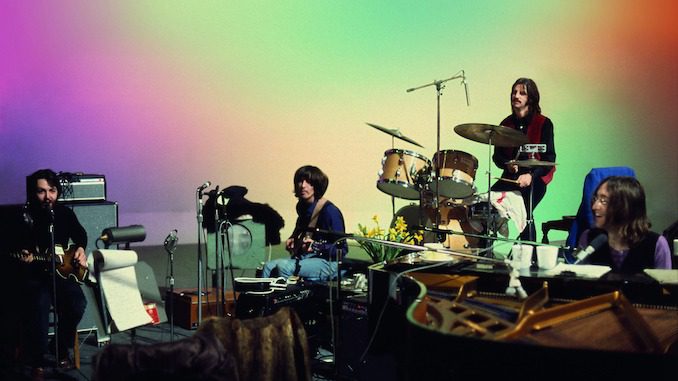 We’re all still recovering from the Thanksgiving food binge, but have we recovered from the emotional rollercoaster of watching all eight hours of The Beatles: Get Back? If you’re a fan of the band, Peter Jackson’s documentary was chock full of new material, insight, and personal moments from the Fab Four and their inner circle.

But what’s really hitting Beatlemaniacs hard is finally being able to witness the complex dynamic of the four musicians in the waning days of the band. It’s one thing to be told about it by biographers and music historians documenting the Get Back recording sessions for decade, but it’s an entirely different thing to watch it unfold with context and no commentary.

For all of the joyful moments, and there are many within the three-part documentary now streaming on Disney+, there are plenty of darker and sadder moments to also absorb and process. Catharsis is good, so we’ve collected the most impactful tissue moments from the entire doc and explain why they ripped our Beatle-loving hearts asunder:

— At one point, George and Paul are hitting loggerheads over George’s playing. In frustration, George responds, “I’ll play whatever you want to please you.”
The frisson among George and Paul and John about Harrison’s allotted space for his own compositions is well known. But to watch how it’s coming to a boiling point is sobering to witness.

— George stating frankly that The Beatles have been in the doldrums for a year, since their manager Brian Epstein died.
Epstein was the dad of the quartet, handling everything that needed to be done. With the Get Back sessions spiraling, this moment of candor reiterates what an empty hole he’s left behind for the four men. It’s the specter of his loss that haunts all of them.

— George “I’ll be leaving the band now.”
The break doesn’t come with a bang, but with a whimper. As John and Paul slip into their face-to-face groove developing Get Back, George’s face says everything about not wanting to be the outside man looking in anymore.

—Flowers sent for George are placed in the space he would be playing at if he hadn’t quit.
In the fallout of George quitting, flowers sent to him at the studio by the Hare Krishnas arrive to pour yellow salt into the wound. What hurts worse is someone placing them on the riser that George sat on for days as a visual placeholder as the trio try to work without him.

—Paul saying the band not being near one another has messed up the dynamic of the band – “It’s silly not to be near each other.”
In discussing their private meeting with George, Paul says what everyone is thinking. All four of them have new pursuits and the close-knit vibe that was core to the band is no more. It’s watching a slow coming apart in real time.

—Paul saying: “And then there are two.”
Perhaps the killer moment of all six hours is watching Paul well up with the realization that he and Ringo are the only two left in the room and the camera just sitting on him taking that in with such sorrow.

—After the move to the Apple offices on Saville Row, Paul comes in late and reads out loud the sordid coverage of the band’s acrimony.
At this point, the band had already had their go at the piece that they labeled as slander, but watching Paul work through his anger while the band lets him have his moment with it is painful to watch.

—The band is in a much better place as they lay down several Get Back versions aspiring to capture their best. John wants another because “We’ll never get a chance again.”
Talk about taking the wind out of the sails moment. John stating the reality despite the good vibes is a gut-punch to the tear maker.

—Allan Klein comes into the story, which is a major foreshadowing moment for the dissolution of the band.
Glyn Johns’ sobering assessment of Klein, despite Lennon’s fascination for the man who would become their manager, is a wincing moment for Beatles fans as Klein will end up becoming the breaking point for McCartney as the other three decide to have Klein manage them.

—At the very end of the rooftop concert, John’s pithy, infamous comment of, “I hope we passed the audition” possesses a finality that it didn’t before.
Not only marking the last public performance they will ever play together, Lennon’s funny remark now has the bittersweet tinge of the moment laced inside it.

—The band’s post mortem listening back to the live concert shows the magic of them happy being The Beatles.
For decades, fans just got the end of the concert. Now the doc allows us see how happy they were bopping to their efforts as a band one last time. Thanks, Peter, for feeding us the happy tears to close the whole thing down.

Tara Bennett is a Los Angeles-based writer covering film, television and pop culture for publications such as SFX Magazine, Total Film, SYFY Wire and more. She’s also written books on Sons of Anarchy, Outlander, Fringe and the official history of Marvel Studios coming in 2021. You can follow her on Twitter @TaraDBennett.

For all the latest TV news, reviews, lists and features, follow @Paste_TV.