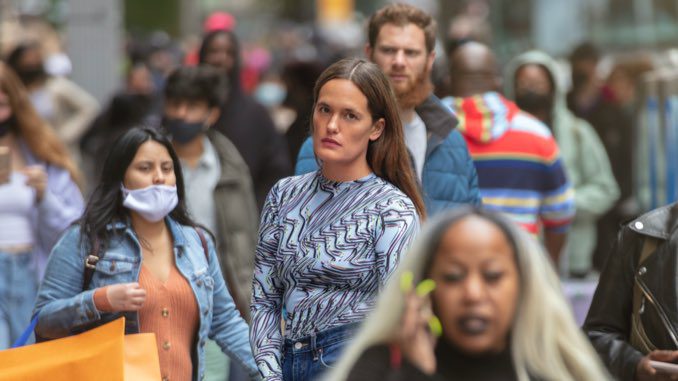 New York City-based synth-pop trio Wet have shared “Far Cry,” the fourth single from their forthcoming album Letter Blue, out Oct. 22 on AWAL. Co-produced alongside Chaz Bear (Toro y Moi), the track is the latest in a series of reasons to be excited about the band’s third effort, on which Kelly Zutrau and Joe Valle are rejoined by founding guitarist Marty Sulkow.

“Far Cry” feels instrumentally and emotional heavy in a way that’s unique among Letter Blue’s singles so far. Steadily driving drums and bass are the stems supporting the delicate petals of Zutrau’s voice and the track’s gentle guitars and keys. But as its lyrics make clear, the bloom is already off this rose, with a regretful Zutrau struggling to accept that a relationship is broken beyond repair. “Even if you call my name / Baby, could it feel the same?” she sings, her tender vocal a heartbreaking counterpoint to the answer her phrasing implies. As the song’s danceable beat builds, Zutrau’s layered voices intertwine, as if she’s in conflict with herself—a collision between realism and dreams.

The follow-up to Wet’s 2013 self-titled debut EP, 2016 full-length debut Don’t You and 2018 follow-up Still Run, the latter two of which were released by Columbia Records, Letter Blue finds the trio’s original lineup restored, along with the vitality of their sound. “Far Cry” predecessors “On Your Side,” “Larabar” and “Clementine” have found Wet at their dreamy, danceable best.

Wet have a nine-date tour set for this fall, including a handful of October West Coast shows to coincide with their new record’s release, as well as a few East Coast stops to follow in November. The trio will perform at Huichica Music Festival in Sonoma, California, on Oct. 16, hitting Chicago, Boston, Brooklyn and London the following month.

Check out “Far Cry” and find Wet’s tour dates below.