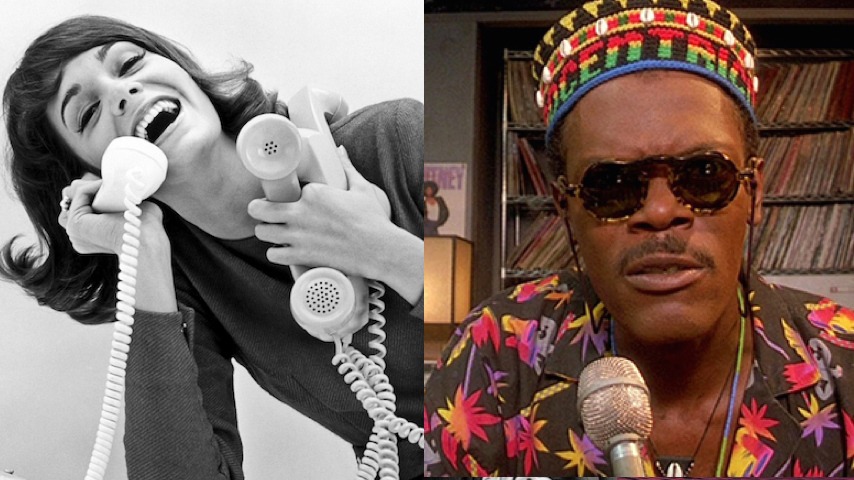 Dear Patsy is your new one-stop-shop for any and all questions about music, movies, drinks, TV, comedy, videogames, celebrities or whatever else you want to ask our pop culture expert. Send Patsy your question to [email protected] with a snappy subject line including the words “Dear Patsy,” and you could be featured in Paste’s newest weekly column. Simple as that! We want to hear your questions—or, Patsy does!—and we want to be your guiding light in the ever-foggy, fast-changing world of pop culture.

This week Patsy recommends some anti-racist films to a viewer looking beyond the Instagram/Today Show lists and some decent TV adaptations of books that won’t disappoint (as so many adaptations often do). Remember: This fine column can also act as a vehicle for personal, customized discovery should you send Patsy a few things you already like. Find all that and more below, and don’t forget to send Patsy a note at [email protected]

Dear Patsy,
There have been tons of lists circulating about what films/books/etc. to engage with to become a better anti-racist and join the fight for racial justice. This week I have watched Ava DuVernay’s earth-shattering documentary 13th as well as Spike Lee’s impeccable Do the Right Thing, which blew me away. What should I watch next? Bonus points for films by women or under-the-radar gems!
Thanks for your help!

I’m sure you’ve seen plenty of lists compiled by your Katie Courics and your Bryce Dallas Howards and your Good Housekeepings throughout the vast good-intentioned hellscape of the World Wide Web, “10 Movies You Have to Watch to Not Be Racist” and “10 Easy Steps to Taking Responsibility for Your Privilege” and so forth. But if there’s anything you probably learned from your first go-round with Do the Right Thing, it’s that “racial justice” is a messy, exhaustive, life-long, fundamentally altering endeavor, much too complicated and personal and fraught with exploitation—and dominated by white perspectives—to hone into a salient “what to watch” list.

Instead, I think the best way to embrace anti-racism, to get on board with the fight for racial justice, is to not only learn about the institutional and civil systems of power that oppress Black and brown people, to not only engage with the many BIPOC communities that suffer under that oppression, but to understand implicitly that it is your privilege to do so. (Especially if you are white, which I’m pretty much assuming here.)

Since you have already expressed your affinity for Spike Lee, you should also find his four-part When the Levees Broke, an extensive recounting of Hurricane Katrina and its aftermath, available on HBO Max. As Amanda Schurr wrote, “There’s a reason so many residents refer to the catastrophe as the ‘federal flood’ and not Katrina itself—Lee’s Peabody-winning doc examines the systemic failure at all levels of government to maintain the storm barriers and deal with the consequences of their negligence. It’s political, it’s racial, it’s accusatory and it’s utterly compelling viewing.”

Two documentaries you’ve probably seen listed plenty alongside 13th are Raoul Peck’s I Am Not Your Negro and Whose Streets?, available on Amazon Prime and Hulu respectively, both trenchant examinations of civil rights in America—the latter directors Sabaah Folayan and Damon Davis’s gut-wrenching first-person glimpse at the beginnings of the Black Lives Matter movement. On the film, Shannon Houston writes, “…if you are of the opinion that black lives do matter, you might expect to be moved and motivated to either continue on in your activism, or take to the streets for the first time in your life. I, for one, anticipated another powerful, but difficult, film, similar to 13th and this year’s equally excellent The Blood is on the Doorstep. And while I was right, I also had no idea how deeply personal the protestors’ stories would get.” Available on ESPN+ (or in a bundle with Hulu and Disney+) is Ezra Edelman’s O.J.: Made in America, clocking in at almost eight hours, a wide-ranging biography of O.J. Simpson as much as a recontextualizing of the athlete’s life—and especially the murders of Nicole Brown and Ronald Goldman—through the prism of America’s dysfunctional sense of racial equality.

Available for free for a limited time through July is Chad Friedrich’s The Pruitt-Igoe Myth, stocked with archival footage and resident interviews to tell the story of St. Louis’s groundbreaking public housing project and the communities of color it tragically disenfranchised for generations. Available on Kanopy is Theo Anthony’s Rat Film, a reckoning with Baltimore’s “complicated” racial history via their legendary rat problem. Dom Sinacola writes that Anthony wants to explore “how systems of power treat minority and impoverished communities as lab rats, expendable and experimental. The path he treads wanders wildly—his film a weaving, loosely tracked tone poem—but his themes are always clear, and the points he makes always buttressed by simple, unadorned facts.” Similarly, Brett Story’s The Prison in 12 Landscapes—available to rent and buy on most major platforms, but especially through Grasshopper Films a dozen vignettes to convey how indelible American institutions have ground our most vulnerable citizens into dust. “No central figure to focus upon,” Tim Grierson writes, “Story uses her snapshots of different individuals to suggest something grander—namely, Americans’ inescapable entanglement with their country’s overwhelming prison system.”

Black documentarians who aren’t as overtly political or socially thematic with their work, yet still provide essential conduits into the history and lives and ecosystems of Black American life, comprise such voices as Khalik Allah, RaMell Ross and William Greaves, whose Simbiopsychotaxiplasm: Take One is a defining meta-narrative docu-fiction feature from the ’60s, some might say the first of its kind. Ja’Tovia Gary’s The Giverny Document: Single Channel is not widely available yet, but is a deeply affecting piece, one that watches a Nina Simone performance in awe while, as Daniel Christian describes, “freely moving about three central threads, its unifying concern the autonomy of the Black female body. This is most clearly stated in the scenes that feature Gary interviewing Black women on the street, asking if they feel safe in their own bodies—a narrative direction partly inspired by, as Gary has mentioned, Jean Rouch and Edgar Morin’s Chronicle of a Summer (1961).”

This is going long, but I would be remiss if I didn’t mention, in the light of learning about government and civil systems and institutions, the work of Frederick Wiseman, whose films are mostly all available on Kanopy. A solid place to start is with 1975’s Welfare, where, as Dom Sinacola writes, “for almost three hours, we sit by—sometimes idly, and sometime rapt—in the midst of a welfare office in New York in the middle of the 1970s, listening to applicants and recipients explain their cases to (mostly) deadpan employees. We’re exposed to the many-sorted maladies of a modern urban malaise: psychiatric, educational or racial; due to addiction, bad luck or some sort of institution.”

And that isn’t even starting in on the fictional features. Maybe next time.


Dear Patsy,
More often than not, TV or film adaptations of books are never as good as the source material on the printed page. The one obvious exception for me is the Australian TV mini series adaptation of Christos Tsiolkas’s novel “The Slap”. (The American version by NBC was disappointing)
Can you suggest a TV adaptation of a contemporary novel that might measure up to that example? Preferably along the same themes of social or political commentary.
Best,
Adrian

There are a ton of great TV adaptations of novels. Now, some may quibble over whether the TV version is better or just different—we tend to be of the latter opinion—but on the contemporary front some of the best and most thought-provoking recent adaptations include HBO’s The Leftovers and Syfy’s The Magicians. (Of note: All of the recommendations here should be available to stream from one of the major services).

If you are willing to consider period pieces, My Brilliant Friend (HBO), Alias Grace (Netflix), and Brideshead Revisited (Amazon Prime) are all engrossing tales with socio-political overtones. And for great present-day adaptations whose themes revolve specifically around the hierarchies of small-town life (for good or ill) NBC’s Friday Night Lights and FX’s Justified are winning expansions on their source material.

Finally, you’re probably well aware of The Handmaid’s Tale (Hulu) in terms of weighty adaptations, but consider checking out Outlander (Starz) which is as much about politics and the stratagems of war as it romance (and the romance is good).

Reminder: If you want to chat/probe/wax poetic about your favorite things, email Patsy at [email protected]. This can be anonymous—sign your letter with a nom de plume of your choosing. Be nice please. And see previous columns, which are now published weekly on Thursdays, right here. Adieu for now!