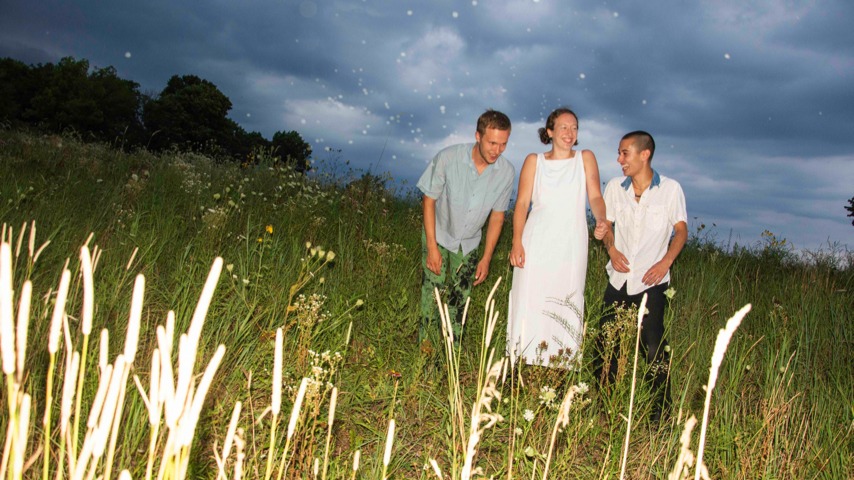 Ahead of their debut album Bodies of Water, one of Paste’s most-anticipated albums of the year, Chicago trio Moontype—Ben Cruz, Emerson Hunton and Margaret McCarthy—have shared another new single, “3 Weeks.” Sadly, it’ll be another four weeks before fans can hear the rest of the album, out April 2 on Born Yesterday Records, but the band’s impressive first full-length is worth the wait.

“3 Weeks” is our third preview of Bodies of Water, following Moontype’s debut single “Ferry” and “About You,” the latter of which we highlighted as one of that week’s best new songs. The lovely new track opens with soft finger-picking and gentle vocals, evoking “the quiet place where there is love and grace.” McCarthy captures the euphoria of falling head over heels, passionately declaring (if only to herself), “I love you, and I love you even though I’ve only known you for three weeks,” elongating that last syllable as if to show she means it, and later adding, “I like the way your name feels in my mouth.” The song’s carefully calibrated instrumental peaks and valleys match McCarthy’s narrator’s struggles to obscure the scope of her feelings for fear of scaring off the apple of her eye.

“I wrote this song in the midst of a big crush that was mixed with a new friendship and a new job and a new city,” McCarthy explains. “I was trying to get a handle on how to move through this phase of transition while also having a feeling that was too big to really put into words. I kept waiting for the moment to come, when I would know exactly what to say and how to say it, but it never came.”

Watch the “3 Weeks” video (created by Jess Bass) below. You can revisit the details of Bodies of Water right here.