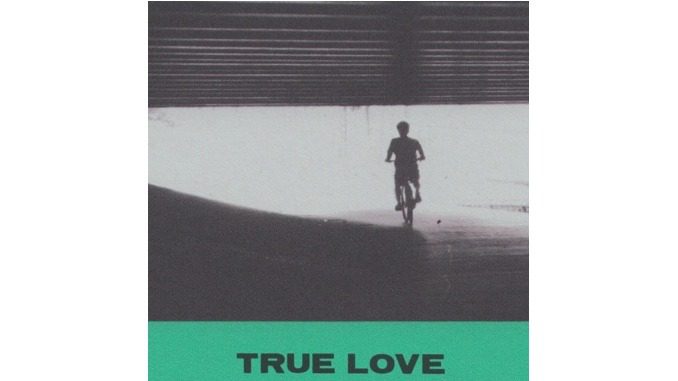 Austin duo Will Taylor and Charlie Martin—two reformed drummers turned into self-proclaimed “pillow core” wunderkinds—have been kicking it under the name Hovvdy in the so-called “language arts rock” corner of the indieverse for over half a decade now. As a beloved part of Double Double Whammy’s roster, Hovvdy fashioned a woozy sound that unfurls slowly and rejects climax on their 2016 debut Taster. Then, on their sophomore effort Cranberry, Taylor and Martin made that sound their signature, before suiting up in poppier getups on 2019’s Heavy Lifter. Cut from the same cloth as other twangy acts like Pinegrove and Alex G, Hovvdy’s seemingly minimalistic bent sometimes covers up what sleeps beneath: a complex, well-layered sound that’s generous in its assembly, but doesn’t flaunt its power. And on True Love, their first release with Grand Jury, the duo exchange those momentary pop leanings for a Cranberry-like sheen—finally owning their sound by finagling a record that’s slumping with drowsiness, yet somehow erupts with unshakeable charisma.

True Love’s lyrics find Taylor and Martin fusing mundane home life with romantic aspirations and reckonings. For every sad boy lament itching to spill over into pop-punk ramblings, there’s a sincere moment of accountability that pulls it back into mature focus. On “One Bottle,” Taylor pleads for a reciprocated understanding, singing of how an anonymous flame “Used to ghost me back then / Two hours on the porch swing / Said we’d try again / Never guess what came of it.” Contrarily, on “GSM,” Martin skillfully does what Hovvdy perfected long ago, balancing hyper-specific recollections with generalized pop catch-alls. “Took my medicine I’m sorry / If I woke you up / With my breathing, I was wheezing / It’s a problem / When I was a kid / A guinea pig for some drug” bleeds seamlessly into “Could never see you again / But I’ll try / My hardest to be there / Right by your side.”

On closer “I Never Wanna Make You Sad,” the duo nod to their last record, singing, “Lift you up, baby, you deserve it / Mister heavy lifter be your friend / Upside down world ruining our day again,” and on the title track, they reference Cranberry track “Colorful.” The record is sometimes too nostalgic for its own good, but Martin and Taylor evoke their past selves in ways that allow listeners to step in and become a part of the stories. On “Blindsided,” Martin lovingly delivers verses on small-town coteries and adolescent free-for-alls, delivered at an upbeat, country-twang pace, signaling towards Budweiser in solo cups and Foo Fighter songs on the radio during hot summers. “Find myself in a reverie / How you move so patiently / Feel your light fade into me / Turn into a memory,” Taylor sings of patience, beauty and gentle admiration after a split on penultimate track “Junior Day League.”

True Love isn’t as much a breakup record as it is a project focused on the space that comes between an ending and a reconciliation. There are glimpses of worry, of crucial moments in which humanity gets left behind. It’s a project steadfast about the what-ifs and whatever vulnerabilities come when gaining a new perspective on why things went sour. “Memory won’t let me take a picture / Turn to me and tell me / ‘You’ll remember,’” Taylor anxiously bemoans on “Around Again.” But on the title track, Martin’s compass points in a new direction, transporting us back to a moment of joy in a relationship that’s over in the present, where he remembers asking a significant other to “Show off your new dress / Spin around for me / Like a blue sky / I get up so high / You sure shine / In that color / In that shade of pink.”

Amidst Martin and Taylor’s growth, there is a lot of longing on this record, and yes, it’s ugly, just as post-break-up longing can sometimes be. But there is also a resilient happiness outweighing all of that. On “Joy,” True Love’s finest light, Martin conjures small mementos of remorse for the way he left things in a previous relationship. “We could get back together / Hang out in joy,” he sings on the track, before announcing that he still has time to make everything right. It’s the part of the record where Hovvdy cut to the chase and give us the gist: “Be okay with not changing things.” It’s the most rewarding part of True Love—the discovery that there is a heart rebuilding itself beneath the one Hovvdy have convinced us is broken.