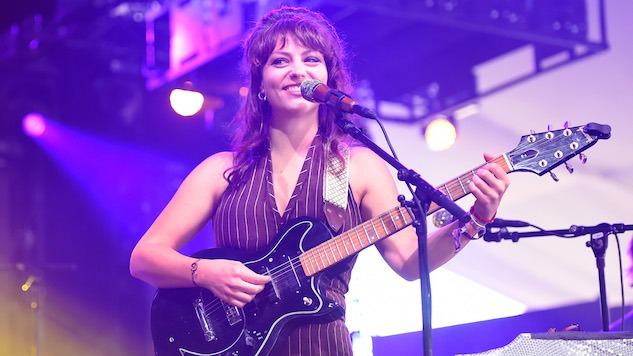 Olsen said of the remix:

The entire process of making All Mirrors has been about letting these songs become something bigger than what I can hear alone. Though I know I’ll always be a songwriter at heart, and I’ll always keep a little bit for myself, I still love to experiment with material and to see what others hear when it comes to sonic backgrounds. A song can go in so many directions if you let it, I love hearing what Ronson hears in this remix of ‘New Love Cassette.’

Olsen is also doing a summer streaming series called Cosmic Streams, with her first performance tonight at 9 p.m. ET/6 p.m. PT from Asheville, N.C.’s Church at Echo Mountain Recording. Get tickets here. A portion of the proceeds go to the organization YWCA Asheville.

Buy/stream the synthy masterpiece here, and listen to it below: