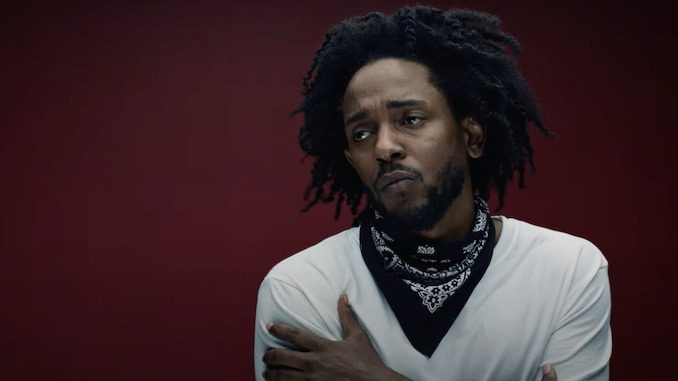 The entire world is anxiously awaiting the arrival of Kendrick Lamar’s fifth studio album Mr. Morale & The Big Steppers (May 13, pgLang), his first offering since 2017’s DAMN. Since the album’s announcement back in April, Lamar’s continuously evolving website has seen many changes, most recently teasing a possible double album treatment (and a book?). Fans were treated on the evening of Sunday, May 8 to the album’s first single “The Heart Part 5,” alongside what will probably be one of the most talked about music videos of the year.

Lamar’s “The Heart” series started in 2010 on his Overly Dedicated mixtape. What began with him longing to be positioned amongst rap greats such as Tupac and Biggie evolved into the rapper readjusting his dreams and reflecting upon his newfound responsibility as an artist as his fame skyrocketed. Building upon 2017’s “The Heart, Part 4” which has Lamar boasting about being “a hip-hop rhyme savior,” “The Heart Part 5” is an introspective swan song centered around Marvin Gaye’s erotic 1976 hit “I Want You” that finds Lamar embodying those he has loved, lost and admired. Lamar reflects on being surrounded by murder and gang activity, juxtaposed as a survivor amongst the many he and his community have lost. His heartwrenching chorus “I want the hood to want me back, look what I’ve done for you” is an earnest plea for acceptance and recognition not only for himself, but on behalf of the many characters he embodies in the song’s accompanying video.

The video, which currently is at almost 8 million views in less than 24 hours, opens with a quote that says “I am. All of us.” Lamar bounces against the blood red background, vibing with his lyrics and the song’s funky sampling. Suddenly, his face begins to morph into deepfakes of O.J. Simpson, Kanye West, Kobe Bryant, Will Smith, Jussie Smollett and Nipsey Hussle. The single art also features the disembodied hands of those figures placed against a black background.

The Compton rapper has kept quiet since the release of 2017’s DAMN., save for being featured on the Black Panther soundtrack and doing a few one-off singles and commercials. Lamar announced that his next album will be his last with his longtime label home Top Dawg Entertainment and eventually dipped his toes in the water with some features on his cousin Baby Keem’s The Melodic Blue in 2021. While Mr. Morale & the Big Steppers is his last with the label, it’s not expected to be his final album of his career as of right now.

Below, watch the video for “The Heart Part 5” and check out Paste’s most anticipated albums of May, which includes Lamar’s Mr. Morale & the Big Steppers.