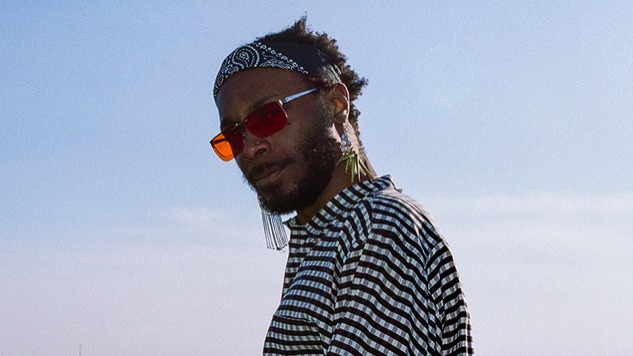 In his fifth release of his 2020, rapper JPEGMAFIA (aka. Peggy) has shared a new track called “THE BENDS!” as a part of his singles series. Beginning with a sample from Donald Trump’s 2019 Atlanta event “Black Voices for Trump” layered over a staticky background, the track features JPEG’s signature dissonance, glitchy production and pithy lyricism. “My leader treat me like an enemy, he a casualty,” Peggy raps with autotune. “People pray for the press to impeach / Deeper down, know that vote is a loss.”

“THE BENDS!” follows the 2020 releases of “BALD!,” “Covered in Money!,” “BODYGUARD!,” and “CUTIE PIE!” His most recent album, All My Heroes Are Cornballs was one of Paste’s favorite albums of 2019, following his critically acclaimed 2018 album Veteran.Watch the video for “THE BENDS!” below: