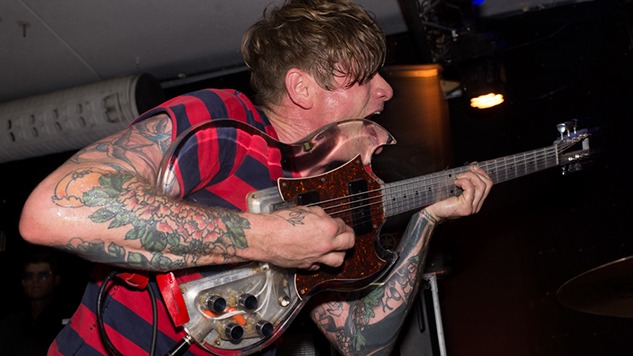 In a statement describing the band’s forthcoming LP, Dwyer said, “This is the first interstellar transmission from five days of electrified & improvised sessions recorded at Stu-Stu-Studio, edited down to 40 minutes for your earballs,” he continues, “This one is very much on the ECM / 70s hard fusion / prog-kraut tip. It is a many pronged weapon, swung by the spontaneous sentinel.”

Listen to “The Gate” below, and while you’re here, check out footage of Thee Oh See’s full set at Cafe Du Nord back in 2009.