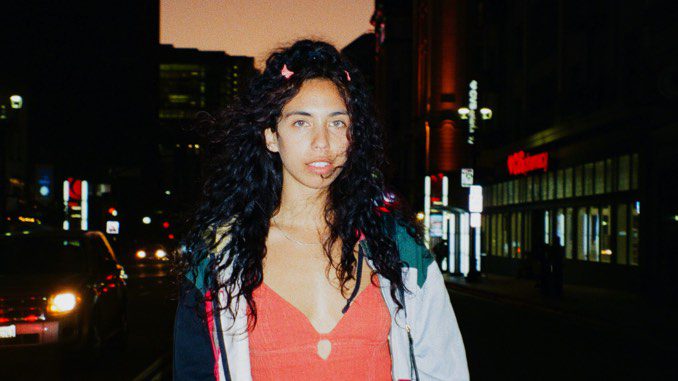 Asheville, North Carolina singer/songwriter Indigo De Souza released one of August’s best albums in her sophomore LP Any Shape You Take, and now shares a cover of Frank Ocean’s “Ivy” for Bandcamp Friday, with a self-shot video in which De Souza records its vocals.

Performing in a hallway and a 2 Chainz T-shirt, De Souza croons over subdued organ chords, the cover remaining quite faithful in its first third. Drum machine and bass give her rendition an upbeat energy from that point on, and De Souza opens up her vocals and dance moves alike, finding the sweetness in Ocean’s bittersweet Blonde standout.

“I deeply love Frank Ocean’s songs and ‘Ivy’ has a truly special place in my heart,” says De Souza in a statement. “I have cried many times to this song and can see so much of my own inner world in it. I wanted to fully embody the song myself in honor of its gorgeous existence. Thank you, Frank Ocean.”

De Souza follows in the footsteps of Car Seat Headrest, who covered the same song back in 2016. She’s touring this month in support of Any Shape You Take, with shows including two sold-out hometown shows at Asheville’s The Grey Eagle in mid-November, and a two-night stand at Brooklyn’s Music Hall of Williamsburg in January. Ticket info is here.

Watch De Souza cover “Ivy” below and find her tour dates further down.