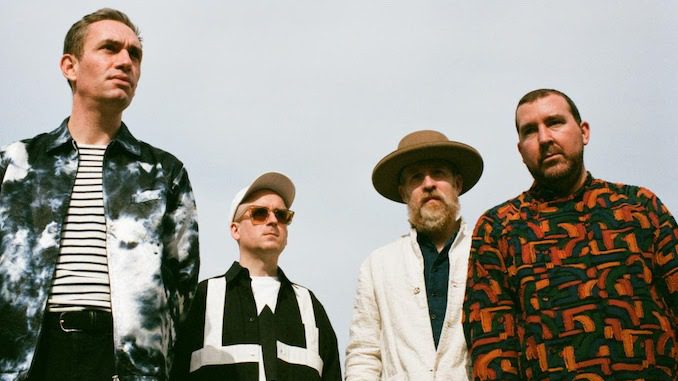 English synthpop heroes Hot Chip have been on a steady grind for over two decades. 2019’s A Bath Full of Ecstasy arrived right before the world shut down, offering a comforting soundtrack to isolation. It’s only right that as the world opens up for live music, Hot Chip announces their forthcoming album Freakout/Release (Aug. 19, Domino).

Freakout/Release was written and recorded in the band’s new East London studio, created by Al Doyle to foster the full-band sound that permeates throughout the whole album. Because of this new space, it marks the first time Hot Chip has worked on a record together at the same time. It also was the band’s first reunion since their pre-pandemic tour in support of A Bath Full of Ecstasy.

That rejuvenated sense of unity is heard in the album’s first single, opening track “Down.” It’s a moody romp with buzzing guitars and booty-shaking drums. Hints of funk shine through the clear garage-rock influences, giving listeners a true overarching view of East London’s influential and colorful music scene. Centered around an addictive sample of Universal Togetherness Band’s “More Than Enough” that Joe Goddard had looped, “Down” is Hot Chip at some of their finest and most focused.

Below, listen to “Down” and preorder Freakout/Release here. Keep scrolling to check out complete album details.