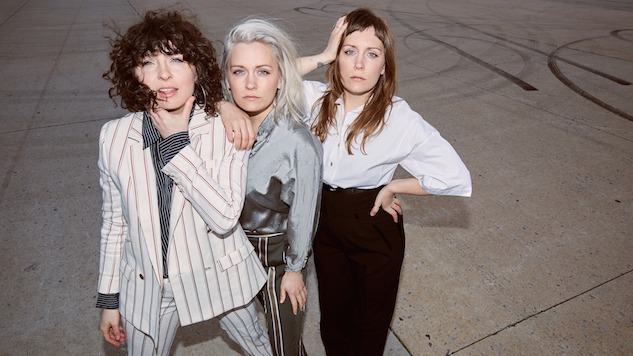 Great things—or should I say, great bands—often come in threes. Just look at The Staves, The Andrews Sisters, Sister Sledge and HAIM! You may also notice that great things come in siblings-sized packages.

The band Joseph are both a band of a three humans and a band of sisters. Natalie Closner Schepman and twins Allison Closner and Meegan Closner make up Joseph, a delightful folk trio hailing from Portland, Ore., who specialize in devastating harmonies and lovely folk-pop songs. They released their most recent album Good Luck, Kid last year, and they were kind enough to discuss it with us in an interview.

Good Luck, Kid’s older sibling, aka Joseph’s second album I’m Alone, No You’re Not, arrived in 2016. It features the songs “White Flag” and “Canyon,” which have both proved to be fan favorites.

Listen to Joseph’s 2016 Daytrotter session, featuring the aforementioned “White Flag,” below, and keep scrolling to watch their 2019 Paste Studio session.