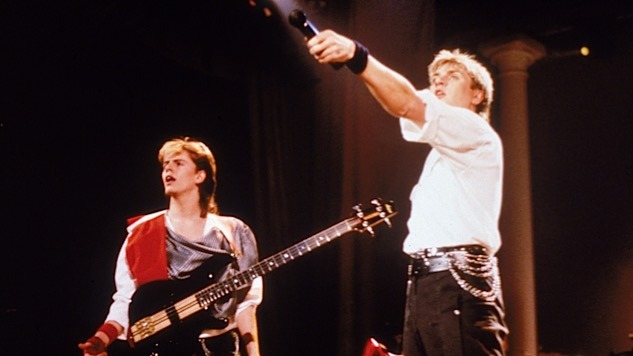 On this day (June 15) in 1981, U.K. new wave band Duran Duran released their self-titled debut album. To celebrate, we’re sharing live audio from their 1982 show at London’s Hammersmith Odeon, where they performed several tracks from the album. By that point, Duran Duran had just released their second album Rio, which marked their second U.K. top five album and their second U.S. top 10 album. It only took a year or two for the band to blow up on both sides of the Atlantic, and that’s, in large part, thanks to MTV who devoured the band’s stylish, hi-fi music videos and played them constantly.

Though the band hailed from Birmingham, this was something of a triumphant homecoming show as they had recently reached international stardom. It would be their last U.K. theater show before they began playing massive arenas, and you can hear the excitement erupting from the crowd, who likely knew better than anybody of the group’s potential. You can hear the band perform all three singles from their self-titled debut—“Girls on Film,” “Planet Earth” and “Careless Memories”—below.

Listen to Duran Duran perform live in 1982 via the Paste vault.