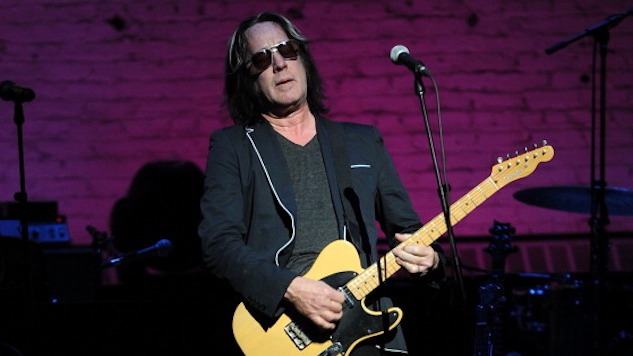 American musician Todd Rundgren has long been celebrated for his eccentric songwriting style—fusing pop, psych, prog, rock and R&B. Rundgren has released dozens of solo albums, and he produced records by legendary musicians like Patti Smith, Cheap Trick, New York Dolls, XTC and more. Last year, he received his second nomination for the Rock and Roll Hall of Fame, and he continues to tour and release new music. Today (June 22), Rundgren, who’s best known for songs like “I Saw the Light” and “Bang the Drum All Day,” turns 72, so we’re sharing audio of one of his classic performances from 1978.

Rundgren’s third album, 1972’s Something/Anything?, was one of his finest, and it spawned two of his biggest hits: “I Saw the Light” and “Hello It’s Me.” Rundgren performed the latter track at the now-shuttered Bottom Line venue in Greenwich Village, Manhattan in 1978, and it closed a brilliant set of career-spanning tunes. Listen to the performance below.

Listen to Rundgren perform “Hello It’s Me” live from 1978 via the Paste vault.