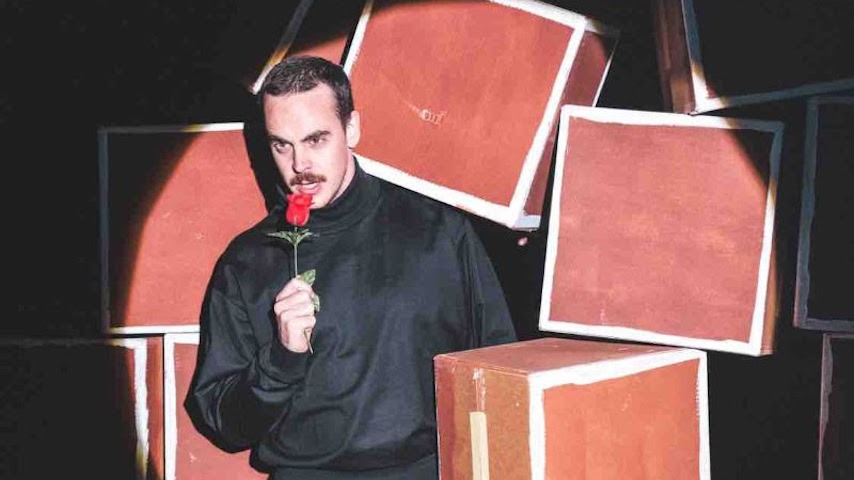 Just over two weeks after the release of their sophomore album Sideways To New Italy, Rolling Blackouts Coastal Fever have returned with the video for their song “Cameo.” The video, directed by Nick Mckk, is a playful take on the heartfelt single, featuring the band turtleneck-clad, smashing cardboard walls and performing while spinning on a rotating stage.

Says Mckk, “Fran had the idea to separate each body part playing, disembodied like the famous Queen artwork. I think it was Tom who really wanted to dress like Molloy, the cat burglar from The Simpsons. White sneakers, black pants and a turtleneck. I was very for this. Because I’m a fool and I don’t know how to work a gimbal (stabiliser), I ended up shooting a lot of the clip on rollerblades, which let me zoom around the spinning stage. Set Designer Grace Goodwin and I created the big bricks that the band could smash through, representing the disintegration of memory and the rebuilding of recollection. I mean, it was that for me, I can’t speak for the band!”