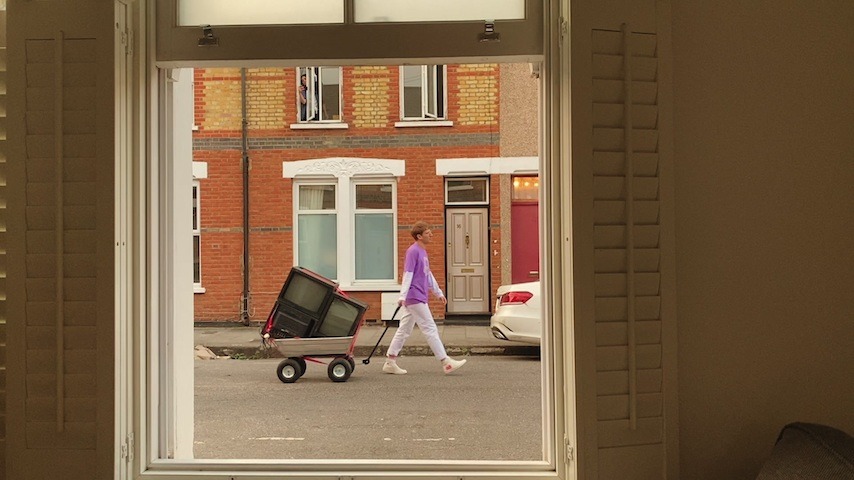 English indie-pop outfit Glass Animals have released a single, “Heat Waves,” off of their forthcoming album, Dreamland. The single arrives alongside an uber creative music video directed by Colin Read, in which frontman and producer Dave Bayley wanders the deserted streets of London as residents quietly observe and film his journey.

“The ‘Heat Waves’ video is a love letter to live music and the culture and togetherness surrounding it,” Bayley says. “It was filmed at the peak of the lockdown in my neighbourhood in East London by the lovely people who live around me, just using their phones. These are people who are usually out at shows, in galleries, going to cinemas, etc. These venues are left empty now, and many of them will not survive. The song is about loss and longing, and ultimately realizing you are unable to save something…and this video is about that but for art, being together and human contact.”

Although initially set for an earlier release, Glass Animals decided to push back their third album out of respect for the Black Lives Matter Movement: Dreamland is now set for release Aug. 7. Watch music video for “Heat Waves” below: