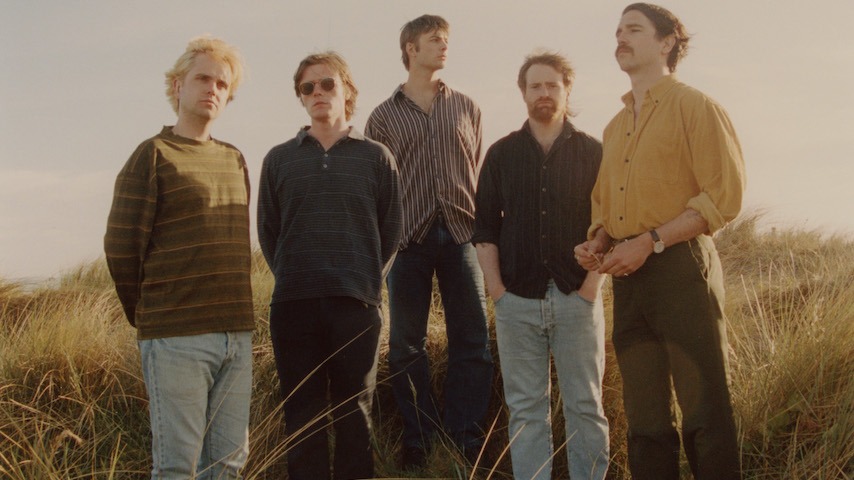 Irish post-punk outfit Fontaines D.C. are back with another single from their forthcoming sophomore LP A Hero’s Death, out July 31 via Partisan. “Televised Mind” follows the release of the title track and “I Don’t Belong,” and this new one is the most ambitious one yet. A Hero’s Death is the follow-up to 2019’s Dogrel, one of the best albums of that year.

Whereas the other songs vibrate with gloomy Joy Division influence, this single has more exciting instrumentals and riffs. It still exists in the same dark world, but you can move around to it.

This song is about the echo chamber, and how personality gets stripped away by surrounding approval. People’s opinions get reinforced by constant agreement, and we’re robbed of our ability to feel wrong. We’re never really given the education of our own fallibility. People feign these great beliefs in order to appear trendy, as opposed to independently arriving at their own thoughts.

We were listening to a lot of The Prodigy and The Brian Jonestown Massacre, specifically their song “Open Heart Surgery”. I was interested in extrapolating those types of chord progressions and capturing this droning, hypnotic feel. That last line repeated over and over [“What ya call it”] is a buffer expression that people used here in Dublin. It’s sort of like “umm” or “well…” – it’s what people say when they’re distracted.

Preorder A Hero’s Death here, and listen to “Televised Mind” below.