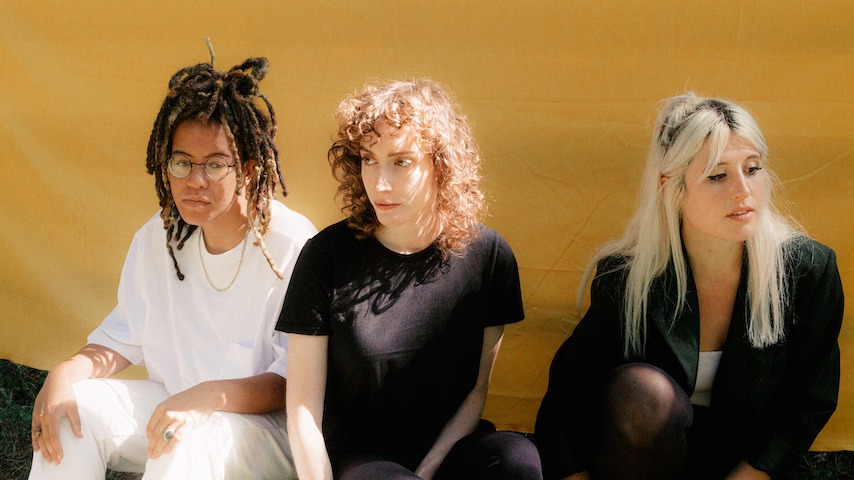 Philly post-punk trio Corey Flood have announced their debut album, Hanging Garden. The release is set for Sept. 4 via Fire Talk. It follows their 2018 EP, Wish You Hadn’t.

A statement accompanying the announcement said, “Through soft melodies, lush guitars and churning rhythms, the dual vocals of Gray-Klein and Boltz recall relatable experiences with gaslighting, imposter syndrome, and repetitive thoughts.” The album promises, among other things, instances of ’70s krautrock guitar and samba-influenced drums and claims inspiration from acts like Throwing Muses, Helium, Pale Saints and Brix Smith-Start’s work with the Fall. Pre-order here.

The band shared the album’s opening track, “Heaven Or,” to go with the announcement along with an accompanying video. “This song touches on themes that ripple throughout the album, like getting stuck in cyclical thoughts and struggling to articulate emotions,” said bassist and vocalist Ivy Gray-Klein in a statement.

It explores these themes over a static, but richly textured backdrop with the refrain “I know what I saw” repeated as an affirmation to trusting knowledge of one’s own experience in the face of constantly shifting narratives. Watch the video below.

While you’re here check out Paste’s 2018 footage of Corey Flood playing at Daytrotter studios. Scroll further to see the album art and tracklist for Hanging Garden.