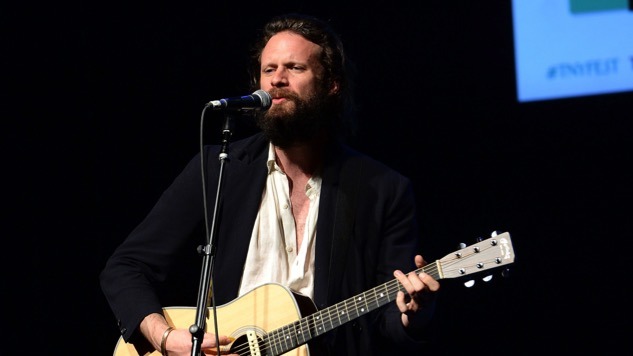 Father John Misty has announced the release of a digital EP, Anthem +3, which will include covers of Leonard Cohen, Yusuf/Cat Stevens and Link Wray. The album will be available tomorrow (July 3), as part of Bandcamp’s “No Revenue Share Day,” and will be released widely via Sub Pop on July 14.

Recorded only a few weeks ago at producer Jonathan Wilson’s Fivestar Studios in Topanga, California, the EP includes covers of Cohen’s “Anthem” and “One Of Us Cannot Be Wrong,” Wray’s “Fallin’ Rain” and Stevens’ “Trouble.” Proceeds from the EP will go to CARE Action, a humanitarian organization fighting global poverty, and Ground Game LA, an organization dedicated to building power for the residents of LA.

Listen to Father John Misty’s 2012 Daytrotter session with Paste below, and scroll down for the EP album art and tracklist.