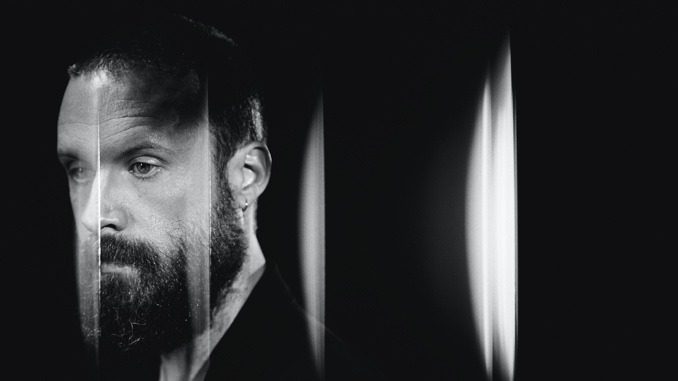 After three and a half years and a dozen Instagram teasers, we can finally say it: “Mr. Tillman, good to see you again.” Yes, Father John Misty has announced his fifth album and first since 2018’s God’s Favorite Customer: Chloë and the Next 20th Century, coming April 8 via Sub Pop (worldwide) and Bella Union (Europe). Lead single “Funny Girl” is out now, with a cinematic music video directed by Nicholas Ashe Bateman.

A rueful and sweeping orchestral pop song, “Funny Girl” is a long way from Father John Misty’s last outing, instead landing somewhere between the piano-forward scope and sadness of Pure Comedy, and the stylistic vibrance of I Love You, Honeybear. The song’s film score-esque sound reinforces the story of its subject, a Hollywood star on the rise who “charmed the pants off Letterman” and earned the narrator’s affections in the process: “Could you pencil in an industry outsider?” he coaxes, though he later acknowledges, “I don’t think either of us yearns to share the stage.” The story ends without a clear resolution, but it’s painfully clear that any relationship between the pair is as rooted in fantasy as “the new live-action Cathy” in which the “Funny Girl” is said to appear. The song itself is funny, but in a way that aches more than it tickles, its doomed romance hopelessly enveloped in the opiate falsehood of entertainment.

Bateman’s video, meanwhile, follows a very intrepid jellyfish—whom one of the artist’s many teasers suggests is meant to represent Father John Misty himself. The computer-animated invertebrate floats above a secluded country road on a sound stage, hemmed in by tornados on either side—he tries to flee, only to collide with a painted-on horizon. Passing over the threshold of a literal broken home and discovering something like a yellow brick road, Father Jellyfish Misty enters an otherworldly forest, losing himself in reverie as the song does the same. But the video also mimics the song’s return to cold, hard reality, as he traverses an icy glacier, a foreboding fortress and a subtly H.R. Giger-esque tunnel that leads him … right back to where he started, cyclones looming. Seemingly out of ideas, he shoots up into the sky, breaking through the clouds, his fluorescent body aglow. Finally, we pan up to the stage lights the video started with, as if to remind us that everything we’ve seen was merely an illusion.

The man legally known as Josh Tillman wrote and recorded Chloë and the Next 20th Century in Los Angeles in August through December of 2020, with arrangements by Drew Erickson, and contributions from a pair of returning collaborators, producer/multi-instrumentalist Jonathan Wilson and engineer/mixer Dave Cerminara. Tillman and company recorded basic tracks at Wilson’s Five Star Studios, with Dan Higgins, Wayne Bergeron and others adding strings, brass, and woodwinds at United Recordings.

Singles to come ahead of Chloë and the Next 20th Century’s April release include “Q4,” “Goodbye Mr. Blue” and “Kiss Me (I Loved You).” We’ll certainly be sharing those with you as we have them.

Father John Misty and his band have also announced two 2022 symphony shows, including a Feb. 25 performance alongside the L.A. Phil at the Walt Disney Concert Hall and an April 7 performance, featuring Britten Sinfonia and conducted by Jules Buckley, at at The Barbican in London. Tickets go on sale Friday, Jan. 7, at 10 a.m. local.

Watch the “Funny Girl” video and revisit Father John Misty’s 2012 Daytrotter session below, and find the details of Chloë and the Next 20th Century further down. You can preorder the album here.


Chloë and the Next 20th Century Tracklist:


Chloë and the Next 20th Century Album Art: