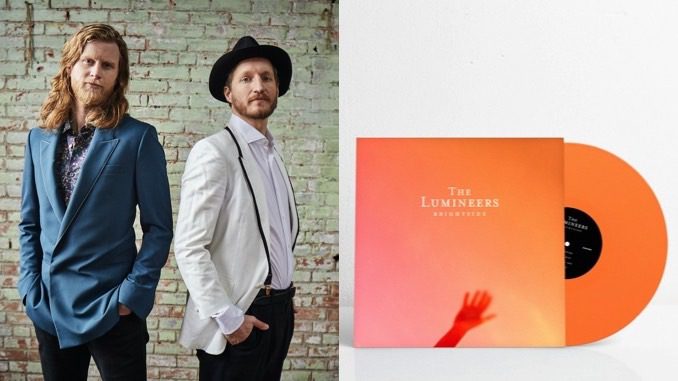 Yesterday (Sept. 29), The Lumineers announced their fourth studio album, BRIGHTSIDE, coming Jan. 14, 2022, via Dualtone Music Group and Decca Records, and shared the music video for its opening title track. So today (Sept. 30), Paste is teaming up with Dualtone to offer our U.S.-based readers a chance to win a signed copy of the album on limited-edition, Sunburst Orange vinyl.

For their follow-up to 2019’s III, Lumineers co-founders/co-songwriters Wesley Schultz and Jeremiah Fraites brought in longtime collaborator Simone Felice, who co-produced alongside mixer and engineer David Baron. They recorded BRIGHTSIDE in Boiceville, New York’s Sun Mountain Studios in the winter and spring of 2021, resulting in “the band’s most joyous and spontaneous piece of work thus far,” per a press release.

BRIGHTSIDE’s title track has raked in more than 2 million streams since its release last Monday (Sept. 20). Schultz describes its accompanying music video, directed by documentarian Kyle Thrash, as “a documentary of the American love story” that “features all real people—none of the people that appear in it are actors.”

Enter above to win your copy of the album, and check out the band’s “BRIGHTSIDE” video below, along with a 2021 performance of “Ho Hey” from the Paste archives. BRIGHTSIDE is available for preorder here.