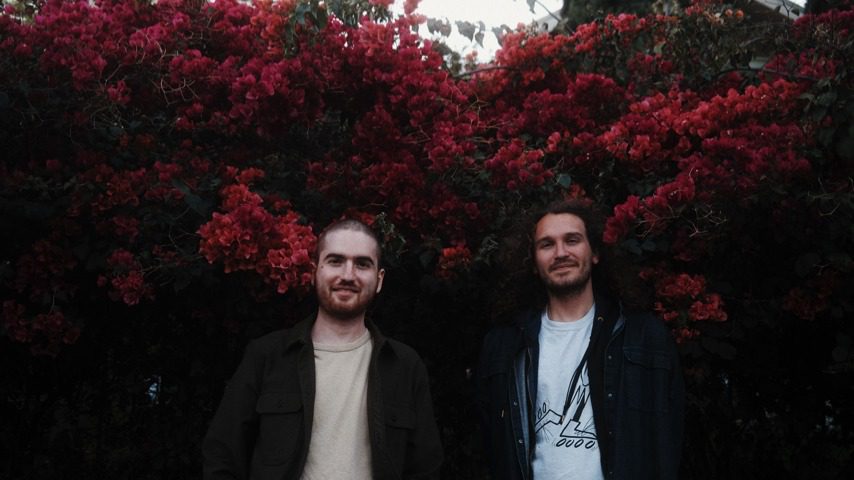 Los Angeles rock duo Pacer, i.e., Eric Poretsky and Jakob Shaw, are releasing their debut EP this summer, with The Terror of Other People set to arrive on June 18. Its opening track “Polaroid” is premiering right here at Paste today (April 5).

Pacer’s new song is even more key to The Terror of Other People than its prime tracklist placement would suggest. “‘Polaroid’ was the first song we wrote for The Terror of Other People. It started to take shape when the two of us got on the phone and Jakob played through a stripped-down version of the song on guitar,” Poretsky recalls. “We’d been having conversations for a few months about wanting to take a more lyric and melody-centric approach to songwriting and even through the compressed, crackly audio of the iPhone mic, we knew we had the beginnings of a song that would take us in this new direction.”

“We recorded a few different demos over the last few years: one, a hi-fi demo with a modern, synth-heavy arrangement, and another a lo-fi version recorded on a Tascam Portastudio,” Poretsky continues. “By taking different approaches to the same song, we ended up finding a sound that felt uniquely ours which would go on to set the tone for the whole EP.”

As “Polaroid” itself also makes clear, the duo opted for that more intimate, lo-fi direction on their debut EP, paring their approach down to include only the Portastudio (as opposed to any computers), and a group of close friends and collaborators, with whom they recorded The Terror of Other People in 2019/2020. Poretsky and Shaw, who grew up on opposite coasts before meeting and bonding over music in college, do a lot with a little on “Polaroid,” an acoustic guitar-driven whisper-rocker extending deceptively powerful tendrils of melody.

Listen to “Polaroid” below and find the details of The Terror of Other People further down. You can preorder the EP right here.


The Terror of Other People Tracklist:


The Terror of Other People EP Art: