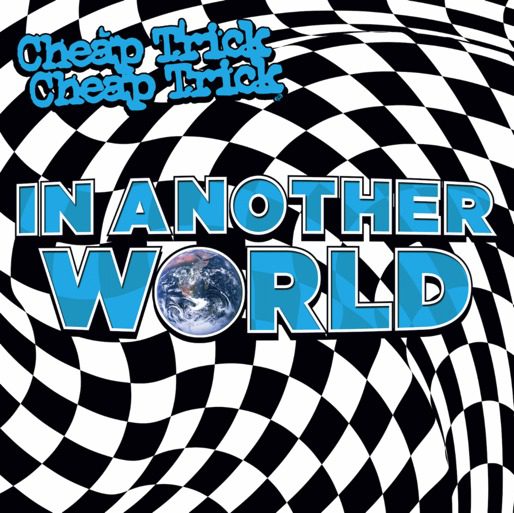 These days, classic rock bands measure their relevance not by the creative health of their recent output, but by the success of their transition into memes. From Blue Oyster Cult becoming synonymous with “more cowbell” to Rush being immortalized in the Paul Rudd/Jason Segal comedy I Love You, Man to, well, Jack Black’s entire career, it seems as if we have an endless thirst for re-designating the rock canon as tchotchke. Whether they’re still active or long gone, the artists end up in a strange, undead kind of state, appreciated by the public, but viewed with a mixture of affection and camp that doesn’t actually flatter the music.

Just this week, two days before the release of Cheap Trick’s 20th studio album In Another World, comedian and SNL star Pete Dadvison and Jimmy Fallon attempted to play the band’s biggest hit “I Want You to Want Me” using a guitarrón and melodica while members of The Roots tried (unsuccessfully) to guess what song it was. Of course, the Beastie Boys had already turned Cheap Trick into something of a meme 30 years ago when they opened their album Check Your Head with a snippet of Cheap Trick vocalist Robin Zander’s famous stage banter from the 1978 live album At Budokan, to date the band’s biggest seller.

Judging from the way Cheap Trick playfully reference their own legacy on In Another World, they don’t seem to mind very much. On “Quit Waking Me Up,” for example, the band folds Beatles and Brian Wilson influences back into its own classic tune “Surrender,” as Robin Zander drags-out the word “souuuuuund” in the chorus to a chord progression that must surely have been designed, almost like a wink, to get you to think about the past. Likewise, on “The Party,” the band rolls the familiar grooves from both its own ‘70s-era track “Gonna Raise Hell” and Zeppelin’s “Trampled Under Foot” into one. And a cover of John Lennon’s “Gimme Some Truth” points back to guitarist Rick Nielsen and original Cheap Trick drummer Bun E. Carlos’ session work on Lennon’s Double Fantasy.

Back in the ‘90s, when hip figures like Steve Albini, Billy Corgan and Stone Temple Pilots gave Cheap Trick their blessing, the band played along. After all, why wouldn’t they be grateful for the endorsements? In a USA Today interview that ran the day before the release date, Nielsen remarked that “We’re a lot of people’s fifth-favorite band. They say, ‘I’ve got Zeppelin, Ozzy Osbourne, the Beatles … ’ But I don’t mind being fifth.” The self-effacing attitude looks good on paper, but it’s unfair: The reason why the band can get away with copping its own licks at this point is that it isn’t content to just self-cannibalize.

For one, other than a passing (if carefully placed) nod to “Surrender,” “Quit Waking Me Up” bears no other resemblance to the older song. Similarly, “The Party” quickly veers away from the familiar into all-new hooks that sound fresh when paired against older, tried-and-tested ideas. As for the hooks, it’s hard to remember a time when Cheap Trick sounded this abundant with catchy parts that move you to sing along. Just as importantly, the band breathes life into every note on In Another World with a verve that’s nothing less than shocking at this point in its career.

After coming out of the gate with their fiery, Jack Douglas-produced self-titled debut album in 1977, Cheap Trick spent the rest of the ‘70s putting out records—In Color, Heaven Tonight and Dream Police—that presented the band (not necessarily by its own choice) as purveyors of radio-friendly power-pop. Nielsen has remarked over the years that the band’s label at the time, Epic, essentially forced them to accept mixes of those albums that weren’t as raw as he would have liked. And while Zander’s airy, heartthrob vocal style certainly fits the “power-pop” bill (especially on the new material), Cheap Trick were way heavier than those classic albums indicate.

Zander’s rhythm guitar, along with Nielsen’s explosive playing and bassist Tom Petersson’s 12-string bass work, created a dense—at times, even harsh—wall of sound. Petersson, the musician who first proposed the invention of the 12-string bass, has always been crucial to the band’s lush tone, at least when they’ve managed to achieve it. Cheap Trick got even softer and more pop-oriented in the ‘80s, and they’ve in a sense been chasing their own past glories ever since. They’ve often arrived at intriguing results, but if we’re being honest, it’s been at least three decades since anyone expected any new twists from Cheap Trick.

Which is what makes the new album’s blend of old and new flavors such a left-field triumph. In the past, when the band tried jangle-lite arrangements and keyboard strings like what we hear on the new song “Another World,” the menu consisted mostly of air-fluffed power-ballad soufflé. Today, those same types of moves at least contain organic traces. “Another World” is basically, a modern-day power ballad, but you can hear the flesh and bone that went into it. To be clear, it’s pretty apparent at this point that Cheap Trick aren’t going to come close to recapturing the thrilling roar of their stage sound circa 1978, but they don’t have to. In fact, if the new material is any indication, the band sounds liberated, loose and more alive than it has in years for not pressing too hard.

Album opener “The Summer Looks Good on You,” for example, marries the dissonant chord voicings of the gloomy debut album track “The Ballad of TV Violence” with an infectious Beach Boys-style harmony that resounds with hope and possibility. Undoubtedly, the song was custom-crafted for driving with the windows down and letting the wind blow your troubles away. For the time being, that’s more than enough. Cheap Trick and others from their graduating class may be perfectly content to carry on as walking memes, but In Another World reminds us that this veteran rock act still has lifeblood coursing through its veins.