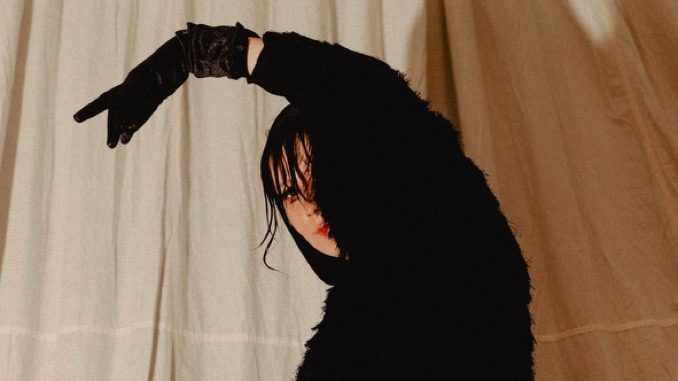 Chicago-based composer and singer/songwriter Circuit des Yeux (Haley Fohr) has shared a third single from her forthcoming Matador Records debut, -io, ahead of its Oct. 22 release. Fohr describes “Vanishing,” appearing now alongside a self-directed video, as “an account of climate change and loss through the final stage of grief.”

It’s no surprise, then, that “Vanishing” is an existential gut-punch, in which Fohr strives to accept that human civilization has reached “the goodbye point.” Over an epic arrangement of strings, brass and woodwinds, as well as rock guitars and drums, Fohr sings, “Goodbye hands touching where it hurts / Goodbye laugh tracks of ancient works / Goodbye thought, goodbye dog,” like the most devastating possible riff on Goodnight Moon—like Goodnight Earth. For all its apocalyptic drama, the song ends on the smallest of images, from which Fohr still manages to wring outsized beauty: “Goodbye to the puddle in the ground / We didn’t know each other well, but you were my mirrored sky.”

Fohr says of the “Vanishing” visual, in which she plays four symbolic characters, in a statement:

In this video I embody our evolving consciousness toward Earth and its health by representing four characters.

Lemonade Lady is the evasive optimist who is unwilling to acknowledge her changing surroundings.

Prepared Weather Person is the anxious prepper; ready for the worst and isolated by fear.

The Mortal Sufferer gets blown away in a field and serves as evidence that us corporeal beings are at the behest of our environment.

And Worm Girl personifies the stoic reality that all things human undoubtedly decompose in time.

“Vanishing” follows previous -io singles “Dogma” and “Sculpting the Exodus,” each of which we highlighted among the best songs of their respective release weeks. Don’t be surprised if Fohr goes 3/3.