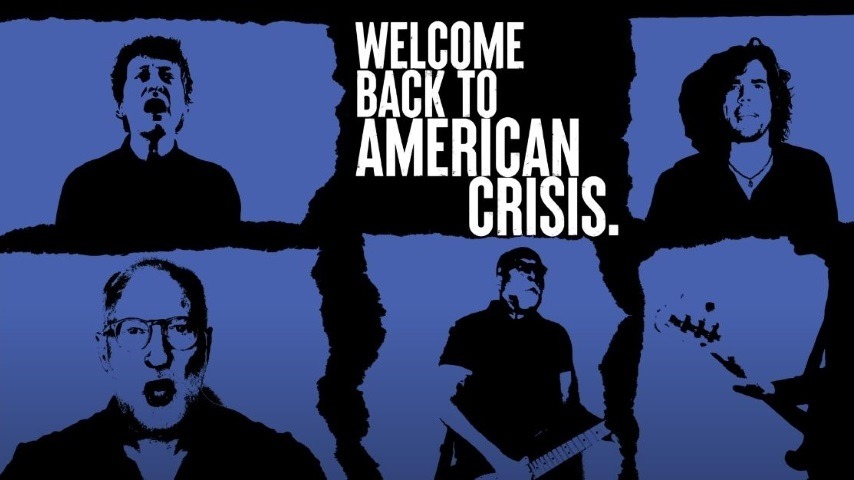 Bob Mould knows how it feels to be angry. Hüsker Dü might’ve gradually slowed hardcore down while infusing it with melody and pop hooks, but he and Grant Hart were still justifiably pissed off throughout the ‘80s. Mould has let his righteous fury loose often in the years since, on solo albums like Black Sheets of Rain, and on band projects like Sugar’s caustic Beaster EP. He’s been good at separating that side of his work when he wants to, though, and the run of albums he’s made with his current band (featuring Superchunk drummer Jon Wurster and touring bassist Jason Narducy) has seen some of his most optimistic songs.

“American Crisis” is the first single from his next album, Blue Hearts, which will be out on Merge on Sept. 25, and it absolutely sounds like a song from 2020. Written and recorded earlier this year, it’s a scabrous, pissed-off screed against the “fucked-up USA” we’re living in. And although its creation predates the coronavirus lockdown and the protests against racism and police brutality that are currently happening in all 50 states, it’s impossible to not think about all the unrest of the last few months, and the ever-expanding anti-American policies of Trump and the GOP, while listening to “American Crisis.”

Mould’s lyrics aren’t subtle or pretty or artful. They’re direct, forceful, full of rage but also the wisdom and experience of a gay man who’s seen this same kind of bullshit grow and fester for over 40 years now. There’s no time for poetry in times like these, Mould seems to say, as he shouts out exactly how he feels about this country and the “Evangelical ISIS” that has plunged it into chaos. Meanwhile he and the band stomp out an urgent burner of a song, proving they haven’t lost a step from their youth.

Check out the lyric video to “American Crisis” below, and buy or stream it through all of the usual sites and services. All proceeds from today through June 7 will be donated to two charities, Black Visions Collective and OutFront Minnesota.