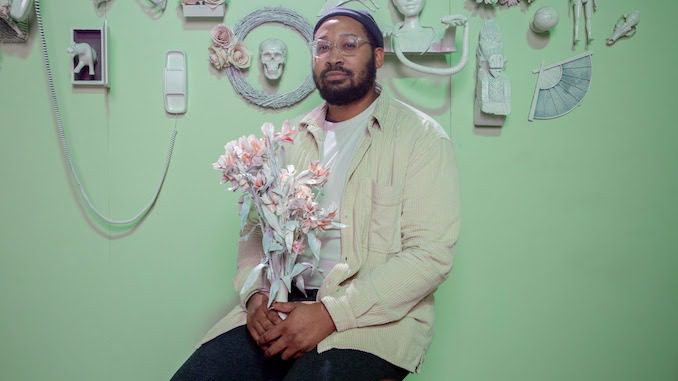 Despite Bartees Strange’s electrifying debut Live Forever being released last year, it’s an album still being regularly cited as one of the best of 2020. Today, Bartees Strange reminds us of what made that album so special with a new video for “Flagey God,” one of Live Forever’s standout tracks.

“Flagey God” synthesizes Strange’s infatuation with house music and downtempo producers such as Burial and Jai Paul, and the video pays homage to black and white hip hop visuals, featuring vignettes of Strange in forests, beaches and streets.

Inspired by a trip to Flagey Square in Brussels, Strange recalls being in a place for the first time where his possibilities were endless. “No one knew me there. I was super lost in my life at the time and confused about what to do next, but in Flagey, I felt like I was capable of anything… A Flagey God.”

After releasing an album in the middle of a pandemic, Strange will celebrate live music coming back by embarking on several tour dates with Lucy Dacus as well as multiple festival appearances this fall. Tickets for all North American dates are on sale now. He has also announced a UK and European tour, with tickets going on sale this Friday, June 4.

Watch the video for “Flagey God” below and check out Bartees Strange’s tour dates further down.