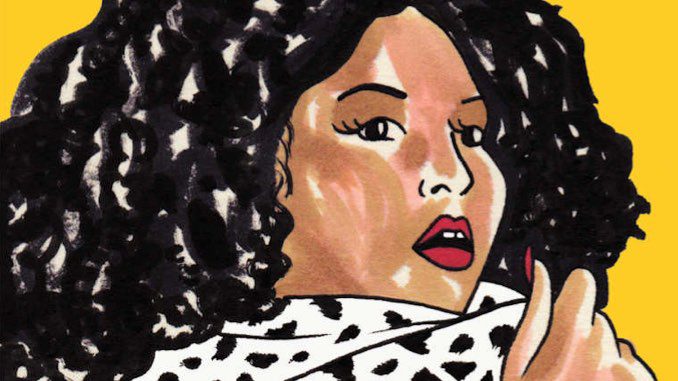 Paste’s Daytrotter Studio first hosted Lizzo back on March 15, 2014, after her first independent album, Lizzobangers, and immediately fell for the Houston rapper. As Sean Moeller wrote at the time:

“The force of nature known as Lizzo creates an air about her that feels authentically glamorous, without any real need for the glamor. She’s intimidatingly bold and loud and saucy and sexy and fun and confident and ambitious and proud. She’s one of those people who is shooting for the moon and she’s planning on bringing it back with her. She’s going to throw it on a chain, with a clasp, and wear it around her neck, blinging for everyone to see and pet, if they want to. She demands that the big pot of gold exists at the end of her rainbow. She insists that it’s all hers, but her friends are just an extension of her so all will be well. She is sweat equity. She is good stock and she is charmingly brash. She raps about all that carpe diem shit and she believes it. She wills it. She will topple all doomsayers.”

She has indeed toppled all doomsayers. She’s found that pot of gold. And her stock is through the roof. Take a trip back in time with us, and listen to both her Daytrotter Studio sessions, from 2014 and 2016, and watch her 2016 performance at the Daytrotter venue in Davenport, Iowa, where she performed songs from her second album, Big Grrrl Small World, of which Paste’s Hilary Saunders wrote at the time, “Hip-hop needs a strong female voice today—one that matches the pop magnetism of Beyoncé, but with the political and social awareness of Killer Mike. With Big GRRRL Small World, Lizzo seems primed and ready to fill that spot.” It would be three years before the rest of the world discovered one of our favorites, and we’re so glad it has.

Listen to the Daytrotter Session from 2014:

Listen to the Daytrotter Session from 2016:

Listen to the Daytrotter concert from 2016:

Watch the Daytrotter concert from 2016: