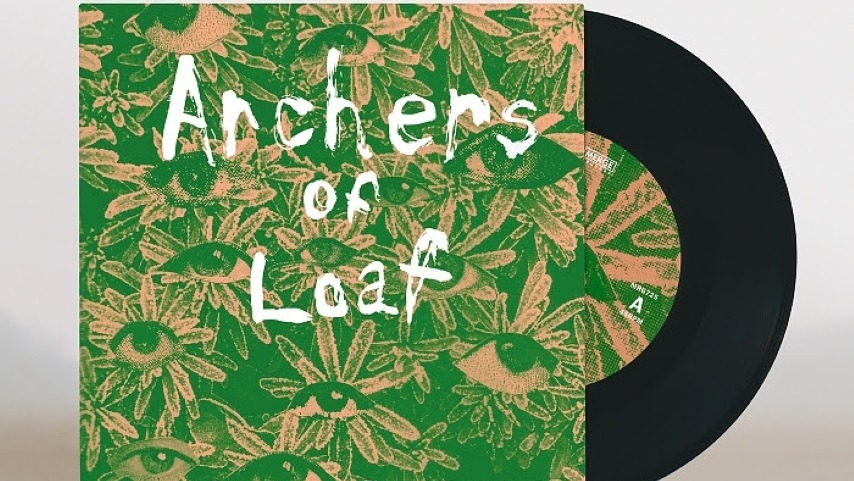 Archers of Loaf will be releasing their second new single of 2020 on June 26, and the A-side is already out today. You can stream “Talking Over Talk” at all the usual sites, or listen through the YouTube embed below. And if you’re a big believer in the physical object, you can preorder the seven-inch, which includes the B-side “Cruel Reminder,” through Merge right now.

This isn’t just the second new Archers of Loaf release of 2020, but the second new record they’ve put out period since breaking up at the end of 1998. “Talking Over Talk” is a bit slinkier than “Raleigh Days,” the song they released earlier this year; the main guitar riff has a blues feel the band’s not typically known for, while the guitar line that prowls over it has a bit of a Southwestern sound, while still having that slightly discordant, slightly splattered sensation the band is known for, like musical abstract expressionism. Eric Johnson’s guitar sounds a bit like Robert Quine playing with Calexico, or something, is what I think I’m trying to say. Toss in some back-up vocals from what sounds like the whole group, another crooner-style lead vocal from Eric Bachmann, and a melodic bassline that stays thoroughly rooted in the deep end, and you have another winner from the Loaf, this time one that would’ve been a highlight on the band’s last full-length, 1998’s White Trash Heroes.

There’s more happening in the Archerverse, though. The recent concert film What Did You Expect? The Archers of Loaf Live at the Cat’s Cradle will start streaming for free tonight on YouTube. It premieres at 8 p.m. ET tonight, with a live Q&A immediately afterward at 9:30 p.m. The movie will remain streaming for free on YouTube through Sunday, June 14. Here’s a link to the movie, and if you want to watch the Q&A, you can find that link here.