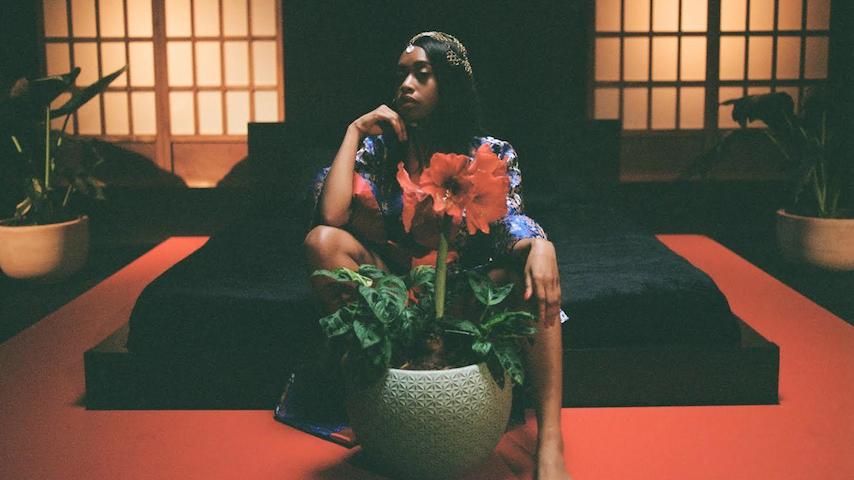 Zambian-born, Irish-raised artist Denise Chaila has unveiled a new video for her latest single, “Chaila,” exclusively via Paste. We recently named the rapper as one of 13 Irish Acts to Know in 2020 for her “enviable flow” and impressive early releases. In 2019, she released a two-song EP titled Duel Citizenship, followed by two singles from this year: “Chaila” and “Down.” “Chaila” is out now via narolane records, and its video was directed by Mark Logan and produced by a Dublin-based collective, COLLECTiVE Films.

“Chaila” isn’t just a namesake single, it’s a vigorous reclamation of one’s identity. Chaila literally spells out her surname and gives examples of ridiculous mispronunciations she’s had to endure, but above all, this track is a glowing, masterful theme tune for a promising hip-hop artist. “Don’t need your concern if you’ll look at me / And see a ‘Trocáire kid’ / Flow on lough like Derg / Don’t care what you heard / My word is my bond / And my name is my word / The soul of my world,” Chaila raps with defiance over an eccentric guitar line and downtempo beat. It’s an unapologetic arrival from an artist who’s fully in control and knows it, and it’s accompanied by sharp wordplay (“Stay philanthro-pissed”) and a dizzying rhythmic intuition.

Logan says of the accompanying video:

The inspiration for the video came from the name “Chaila” and its origin as well the actual beat of the track. At the beginning of the creative process, Denise told me that the name “Chaila” for her is like a “self-invented nomadic clan.” It was a surname instated by her grandfather when he took his middle name as his last name after he left his hometown in pursuit of the woman he loved, who later became his wife and the mother of his children.

I personally believe we are all creators of ourselves and for this video I wanted to draw influence from the East, the beat that MuRli (the song’s producer) made transported me there—so the set and design are in response to that.

Watch the video for “Chaila,” exclusively via Paste below.