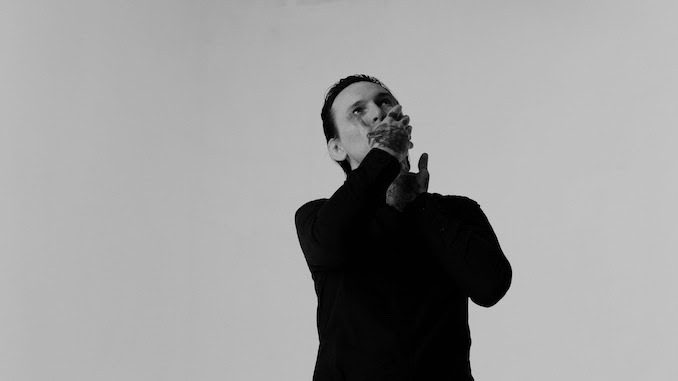 Alexis Marshall of the seminal noise-rock band Daughters has announced his debut solo EP House Of Lull . House Of When, out July 23 via Sargent House. Produced by Seth Manchester under the creative direction of Marshall, House of Lull explores the textures of sounds layered on top of one another to create a sonic experience that feels both organic and manufactured, with a lot of Marshall’s inspiration coming from the hardware store. Featured contributors include Jon Syverson (Daughters), Kristin Hayter (Lingua Ignota) and Evan Patterson (Jaye Jayle, Young Widows).

The album is accompanied by the single “Hounds in the Abyss,” a slow descent into madness accompanied by Marshall’s preacher-like vocals and clashing drum textures. The single is aided by a visual directed by Jeremy W., which finds Marshall in a white room in visible distress with faceless figures on couches, similar to the 2017 Yorgos Lanthimos film The Killing of a Sacred Deer.

Watch the video for “Hounds in the Abyss” below and see the album art and tracklist further down. You can preorder the album here.


House Of Lull . House Of When Artwork:


House Of Lull . House Of When Tracklist: