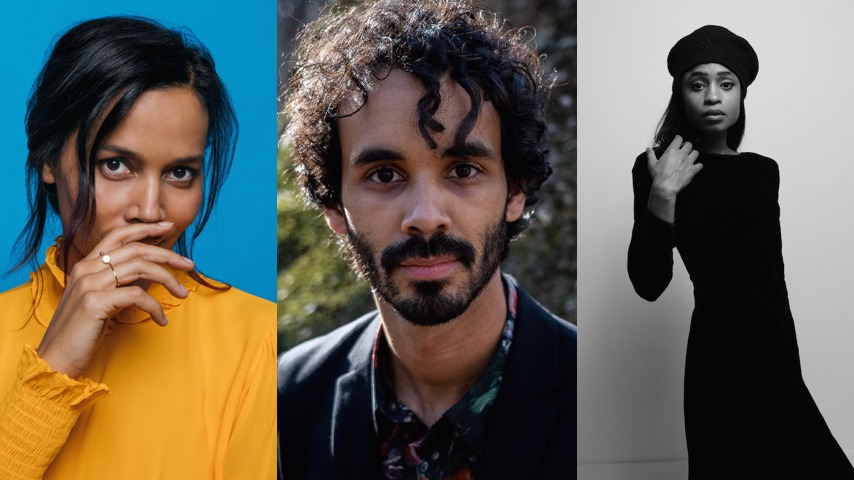 Make no mistake: Black people are responsible for the genesis of nearly every form of American pop music—hip-hop, country, rock ‘n’ roll, jazz, the blues, soul, disco—and more often than not, they don’t get their due credit (as this Vice piece rightly makes loud and clear). Another genre in which Black Americans have always played a huge role is folk and Americana. Acoustic roots music has long been used as a form of protest, and, still today, these artists are using their instruments and voices to protest racial injustice, speak out about racial issues and educate people about oppression. This list is far from exhaustive, but it’s a sampler of sorts of folk artists working today, in 2020, who use their music as a most powerful tool of protest. There is so much all of us—and particularly non-Black people—can be doing right now to support the Black Lives Matter movement, fight against racial oppression in this country and stand in solidarity with the protestors in cities across the U.S. Whether it’s donating, signing a petition, showing up to protest, sharing resources far and wide, making space for and amplifying Black voices or just instigating productive conversations with your own family friends, there is a role for each of us right now. Something we can all do, whether or not we have the means to contribute to the movement financially or the ability to protest in person, is listen to Black voices and work to become actively anti-racist. Here are five artists with powerful messages.

On the album there is no Other (Nonesuch), former Carolina Chocolate Drops frontwoman and banjo whiz Rhiannon Giddens, along with the Italian multi-instrumentalist Francesco Turrisi, track the movement of people—and their music—across cultures and centuries, particularly in regards to their respective areas of expertise: Giddens knows inside and out the African American influence on roots, acoustic and old time music; for Turrisi, it’s a deep knowledge of Arabic music and its imprint on Europe and beyond. The album is grounds for a smaller world, a beautiful narrative convincing us of our similarities, not our differences. The stories in these songs can act as hymns, folktales or dispatches from some lost time or place, but it’s really in the instrumentation where the album’s deepest messages—a condemnation of “othering,” the social practice of ostracizing those considered outsiders (particularly people of color), and a campaign for the similitude of human experiences—come to light. If instruments from different parts of the world can work together so seamlessly, why can’t people?

Featuring the aforementioned Giddens, Our Native Daughters is a folk/Americana/blues supergroup who made waves last year with their album Songs of Our Native Daughters. “This album confronts the ways we are culturally conditioned to avoid talking about America’s history of slavery, racism and misogyny,” Rhiannon Giddens wrote in the record’s extensive liner notes. The group—also featuring the equally talented Amythyst Kiah, Haitian-American mult-instrumentalist Leyla McCalla and Allison Russell of Po’Girl and Birds of Chicago—pulled from centuries-old musical and literary resources (everything from slave narratives to abolitionist poetry), as well as their own experiences with racial injustice, trauma and discrimination. It’s a deeply powerful album and an incredible resource for hearing the stories of women of color—both past and present.

On his expressive and intensely spirited new album Spider Tales, banjo player and fiddler Jake Blount explores the deep roots of African American music. Spider Tales is an enlightened and alive folk album, but it’s also so much more than its persistent sonics. “There’s a long history of expressions of pain in the African-American tradition,” Blount said in a press statement. “Often those things couldn’t be stated outright. If you said the wrong thing to the wrong person back then you could die from it, but the anger and the desire for justice are still there. They’re just hidden.”

Co-founder of the Carolina Chocolate Drops and L.A.-based, Grammy-winning banjo player Dom Flemons has been quietly making some of the best, most important folk music around since the Chocolate Drops released their last album Leaving Eden in 2012. Flemons is a historian and collector and is not only proficient in the banjo, but also fife, guitar, harmonica, jug, percussion, quills and rhythm bones. In 2018, his album Dom Flemons Presents Black Cowboy received a Grammy nomination for Best Folk Album. The album tells stories about the golden era of the 19th century Wild West from a rare Black perspective, following “the footsteps of the thousands of African American pioneers who helped build the United States of America,” per the album’s liner notes via Smithsonian Folkways. Flemons, rather than glorify cowboys, cacti and violence as the American media is often happy to do, relays the true stories of Black Americans who built the Western part of our country. With humor and grit, Flemons tells these stories that are so often untold.

Do the blues count as southern rock? Maybe not always, but they definitely do when Adia Victoria is singing ‘em. She’s a Nashville-based singer/songwriter who was raised in South Carolina and grew up on Flannery O’Connor and Angela Davis. Her excellent, criminally overlooked 2019 album Silences is an honest southern album through and through, mainly because it touches on the most troubling parts of Victoria’s home region. Victoria channels soul legends like Aretha Franklin and Nina Simone and jazz-blues luminary Bessie Smith in equal parts, but her Silences (which was produced by The National’s Aaron Dessner) is unlike anything you’ve ever heard. There is absolutely no fond look-backs to the “Good Old Days” of the South, instead almost exclusively addressing the oppression experienced by one young Black woman in America. Silences, though sonically fascinating, isn’t always comfortable to listen to, but that’s why it matters. “I wanted to put the fangs back into the blues,” she said in a 2016 interview. “In my opinion, it’s the original punk music. It was people singing songs about messages that they couldn’t speak because they’d be killed.” Maybe her music isn’t southern rock in the conventional definition, but it is very important music from the Deep South. This firecracker-of-an-artist is so worthy of your attention.