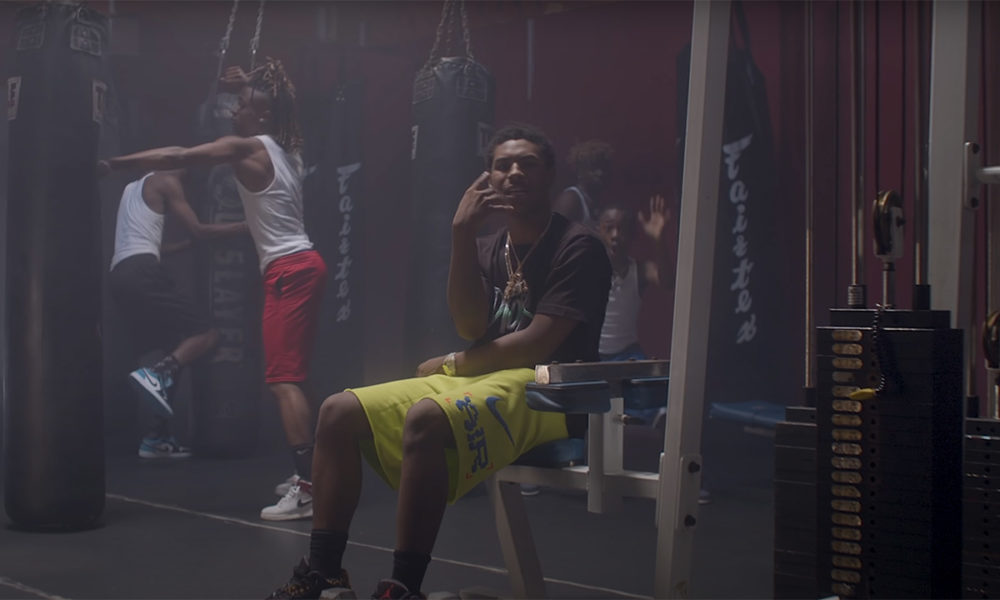 Teejayx6 and NLE Choppa made for a compelling duo on their latest collab “Punchin,” and they recently gave the track a video that perfectly matches the song’s energy.

The Ben Marc-directed video follows the two rappers as they’re training in a gym, hopping in an out of rings and getting into fights. It’s as fast-paced and erratic as Teejayx6’s rapid-fire hook, with plenty of dancing and punches thrown.

“My boy Choppa hit me up like we gotta give the people what they want so I sent him a banger and he blessed it,” Teejayx6 said of “Punchin.”

The video follows the release of NLE Choppa’s debut album, Top Shotta, which featured appearances from Roddy Ricch, Lil Baby, Chief Keef, and Mulatto, among others. Teejayx6, meanwhile, is gearing up to drop a new project later this year.

Watch the video for “Punchin” below.