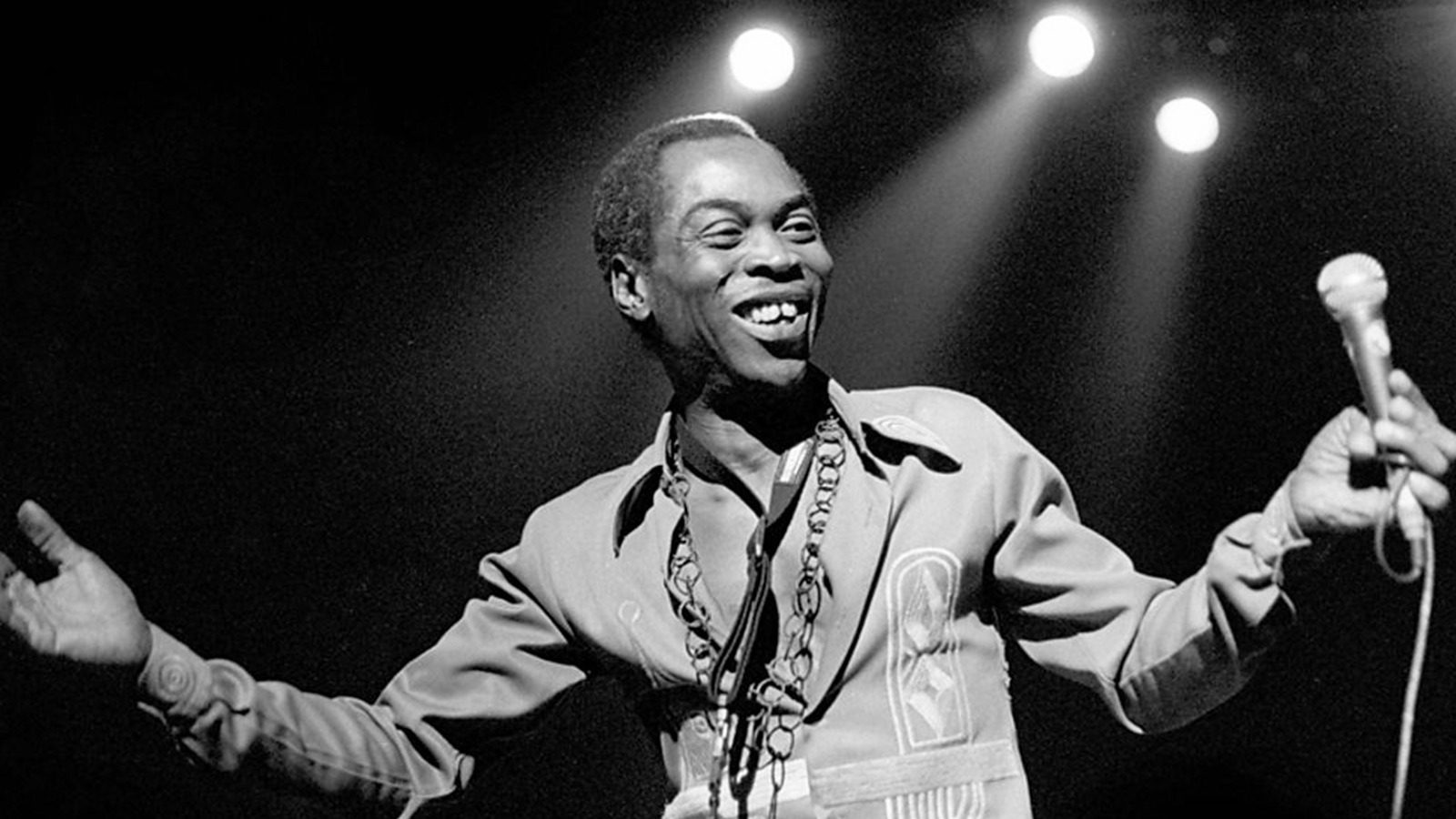 Scrolling through the comments made on YouTube on Fela Anikulapo-Kuti’s music, one comes across remarks such as: “The greatest unknown musician who ever lived”, “Why isn’t Fela’s music more widely known?”, “His music beats everything I’ve ever heard before” and “Why am I so late to this?”

The truth is that during Fela’s extraordinary lifetime, the Nigerian’s notoriety as an engaged citizen fighting for social justice was what usually attracted attention – and not his music. His public persona as a cultural renegade, an incorrigible iconoclast and social rebel hugged the headlines. Not his intoxicating blend of Yoruba trance music, highlife-derived harmonies and African American funk and jazz. He was artistically ahead of his time. And nearly 30 years since his passing, the world is still playing catch up.

Fela was a social and cultural misfit during the prime years of his career. He was blacklisted on radio. The DJs who played his records were considered brave. These defiant on-air personalities included Lagos’ Jacob Akinyemi Johnson (JAJ), who broke the mould in the 1980s. It also didn’t help matters that Fela’s complex music compositions sometimes ran for over half an hour. This lengthy format didn’t fit with standard broadcasting durations and was a severe drawback for breaking into commercial radio and record companies.

According to Fela, the value of music exceeded its entertainment appeal. In his view, music had a spiritual dimension and so commercial considerations were secondary. As I wrote in a recent essay, his temperament was uncompromising.

Fela Kuti is one of many prominent names nominated for induction into the prestigious Rock and Roll Hall of Fame this year. Other big name acts include Tina Turner, Foo Fighters and Iron Maiden. We are already late in catching on during his colourful lifetime. It does feel embarrassing. But now there’s an opportunity, with the benefit of hindsight, to reevaluate, redefine and bestow his due accolades. Kuti’s recent nomination for a spot in the Rock & Roll Hall of Fame is a great start.

Fela was special and he stood out in his music, lifestyle and activism. There he was, always uniquely dressed in embroidered brocades and African-inspired prints. He lived dangerously, defying brutal military regimes, flamboyantly puffing on jumbo-sized marijuana joints, with a bevy of scantily clad, made-up women in tow, with street thugs as his bodyguards. 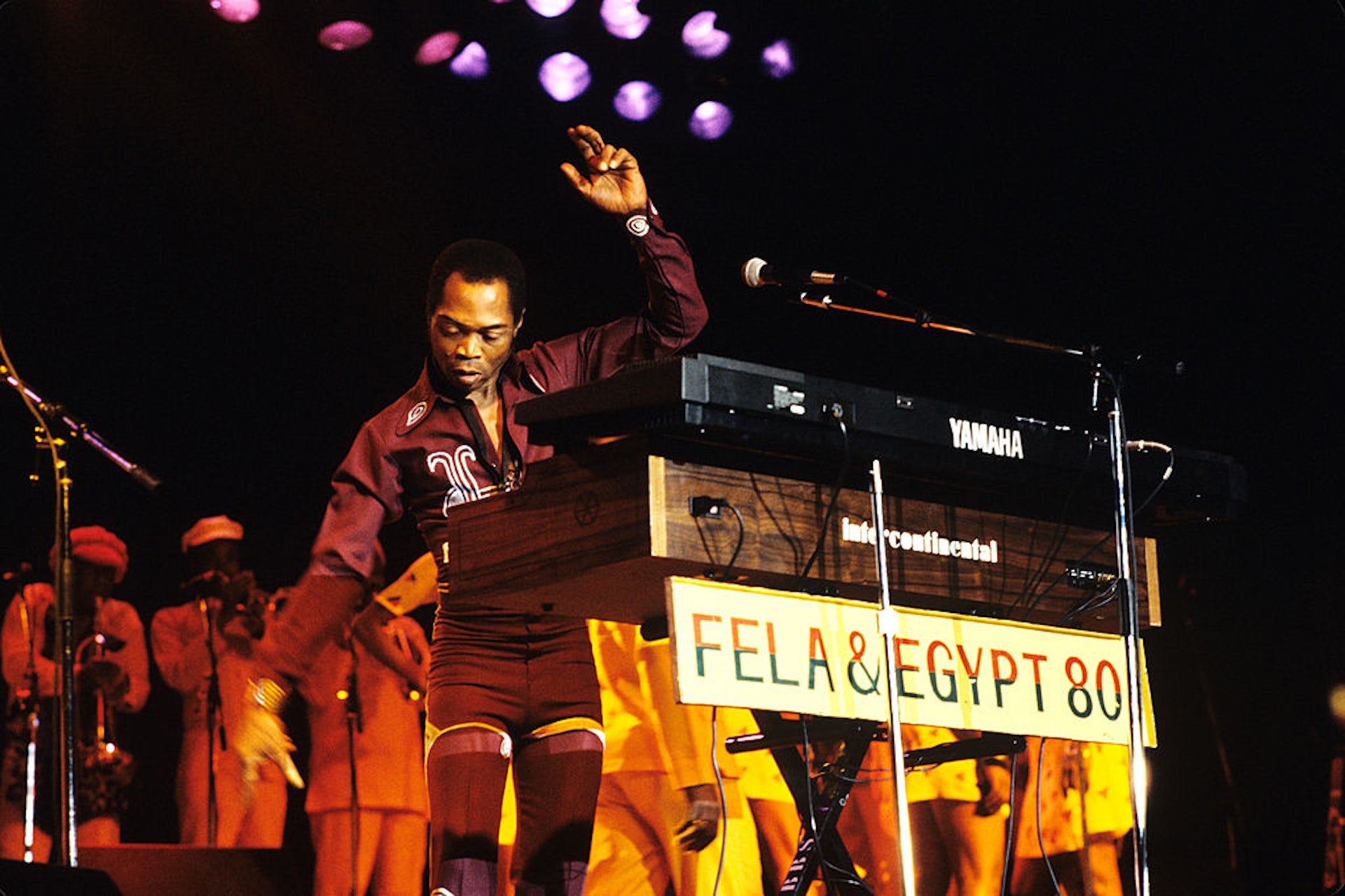 Aesthetically, he was a fiery riot of stunning colours, jarringly expressive (anti) styles and loud and discordant attitudes. There was none like him then, and even now. Fela was an avatar, an anomaly and a pioneer all at once. And the ripples he left in his wake are still felt around the world.

Fela was difficult to love. He always seemed too hot to handle. He seemed out of place and was uncompromising in his art, politics and vision. He was wild, uncontrollable and spontaneous. This was a guy who had the sheer audacity to marry 27 women in a single day. He also employed somewhat tyrannical methods in running his extensive household and sprawling band.

He was accommodating to a fault. Hoodlums and common criminals were often able to seek and find refuge under his protection. He found joy in poking at the finer sensibilities of decent society. Fela was born middle-class, but on many occasions, he rejected classism. He reportedly used luxury Mercedes Benz cars as transport for firewood, spinach and other indignities, to demystify affluence.

Due to his behaviour, his music was shunned by polite society and the political class. Instead, he became famous for his serial transgressions, arrests, state-sanctioned physical assaults, 300 court appearances and spells of imprisonment.

He always referred to himself as abami eda, meaning the “weird one”. It was true. He was as weird as they come, and wasn’t afraid to revel in it. And now, his robust life has become myth. All we have left is a legacy of astonishing music. We must now develop the language and critical tools to describe and analyse the potency of his work. We must also begin to honour his music and cultural accomplishments.

There are reservations about how appropriate Fela’s possible induction into the Rock & Roll Hall of Fame is. He created a genre of music that defies standard systems of categorisation. It was the only way he could create art.

Afrobeat, the genre Fela pioneered, has become more than music. It comprises a seductive fusion of diverse musical genres, politics, pan-Africanism, eroticism and funky, spirited grooves and attitudes. You cannot separate one from the other. And that is why his fans and imitators can only come up with a shallower, globally acclaimed subgenre – Afrobeats.

Although, Fela’s work influenced today’s Afrobeats, it is still a reduction of the original form. There’s a wide gulf between Afrobeat and Afrobeats. Fela’s work stands out in terms of musical proficiency, ideological rigour and spiritual potency. Afrobeats is also commercial in its appeal, making it vulnerable to co-option, imitation and devaluation. However, this is only one side of the equation. Afrobeats has grown into a fusion of diverse sounds from the Africana world. In its current form, it incorporates West African rhythms, hip hop, R&B, dancehall and reggae-influenced beats.

All things considered, Fela remains a creative oasis. So vital a creative source, that artists and musicians who come after him are overwhelmed by his legacy. It’s partly why people who sample his work, usually produce abridged forms of Afrobeat. The world still has some catching up to do. Perhaps he is a genre unto himself.

Fela’s nomination for a Rock & Roll Hall of Fame spot can only be received with mixed feelings. It implies that the world is now ready to accept him, in spite of his scandals and idiosyncrasies. Arguably, his inclusion into that prestigious institution could dilute his message, ideals and spiritual endowment. He would have to be rebranded, deradicalised and remade for the Western gaze. The result will be a more palatable version that fits into the standard for major endorsement deals and campaigns.