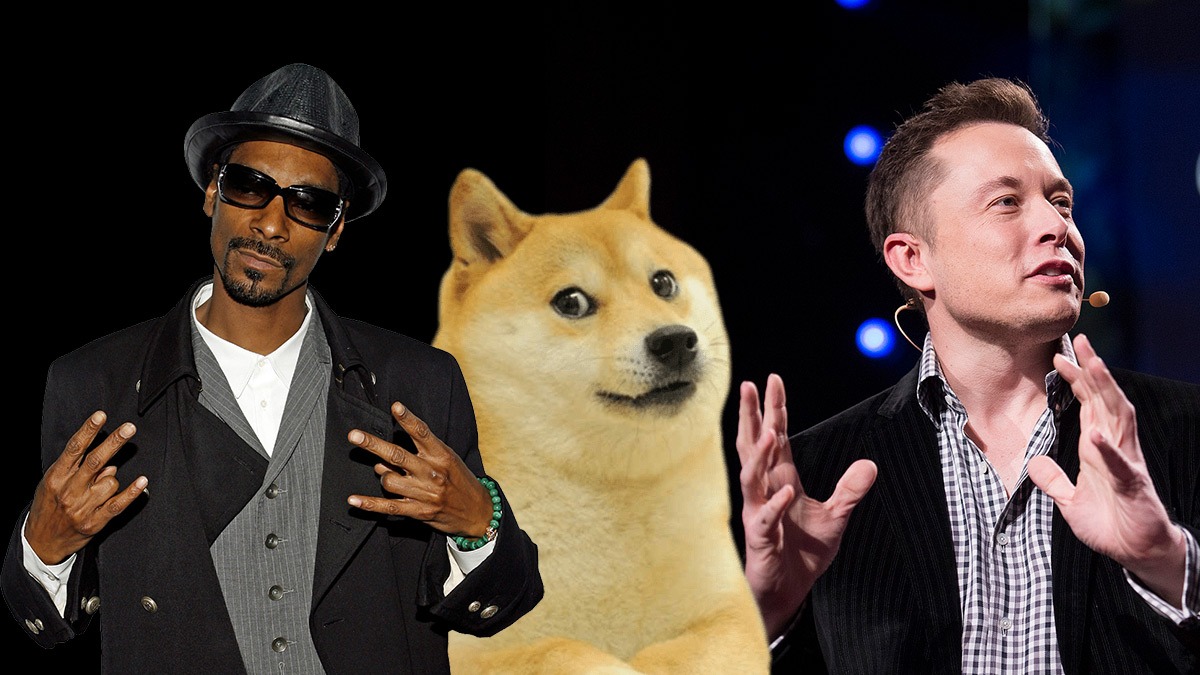 UPDATE – Feb. 7, 5:35PM: – The price of Dogecoin (DOGE) soared past 10 cents Canadian dollars for the first time today around 5 p.m. The next big milestone for the DOGE community will be reaching 10 cents USD. Right now, it’s roughly 0.0823.

Feb. 7, 2:57PM: While the mainstream media has largely lost interest in the GameStop (GME) stock frenzy, another tradable asset has seen it’s buzz start to soar.

Thanks largely to the GME hype—and celebrity support from the likes of Elon Musk, Gene Simmons, Lil Uzi Vert, and the Doggfather himself, Snoop Dogg—the value of the cryptocurrency Dogecoin (DOGE) has skyrocketed in the past week. On January 28, DOGE was worth less than a penny, but it’s up over 600% at the time of this posting, coming in at over 0.07 USD per coin.

Simply put, when Musk tweets about something, it impacts the market. He can make or break a stock or cryptocurrency in 280 characters or less, or even just by posting a meme.

“Dogecoin is the people’s crypto,” Musk tweeted early Thursday to his 45.6 million followers, which caused a 59% spike in value of 24 hours.

It’s one of several tweets the Tesla CEO has made in support of the currency, along with a pinned Twitter poll asking his followers for input. The poll gave users two choices: “‘Dogecoin to the Moooonn’ or ‘All other crypto combined.’” After 2.43 million votes, DOGE was the clear winner with 71.3%. And it has had a clear impact on how consumers view the currency. New record highs have been reached multiple times over in just the past few hours.

Musk to TMZ: Dogecoin could be the future!

TMZ got an exclusive from Musk about his love for DOGE, and ran the headline “DOGECOIN COULD BE THE FUTURE, BUT … Beware Tides of Crypto!!!”

“He vouches for Dogecoin as having a shot at being top … well, dog,” wrote TMZ of Musk.

“What started out as a meme/joke could be your next bank. As he puts it, fate loves irony.”

Snoop Dogg ended up voicing his own support by tweeting at Musk with a ‘Snoop Doge’ meme which you can see below. Popular crypto outlet CoinDesk claimed the tweet caused DOGE to soar “more than 36% on Sunday.”

Not long after, Musk re-tweeted a funny Lion King-inspired picture of himself holding up KISS rocker Gene Simmons holding up Snoop who in turn is holding up a Shiba Inu dog (aka the DOGE dog). The image has been widely circulated and will likely see new renditions in the days to come as more celebrities voice their love of DOGE. One of the latest is pop star Kevin Jonas. 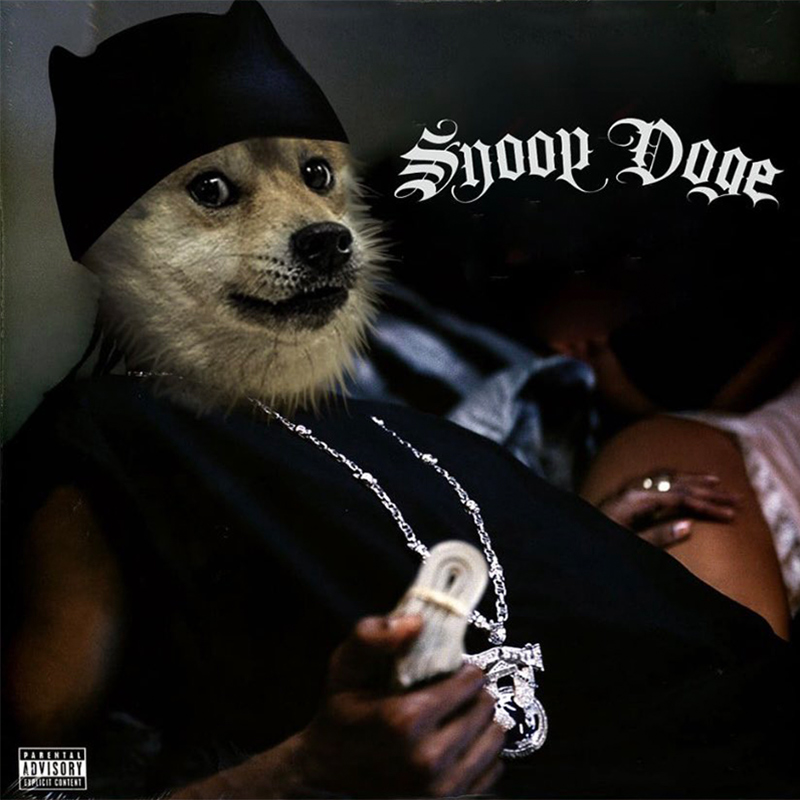 Originally based on a meme, Dogecoin started as a joke between two IBM software engineer, Billy Markus and Adobe software engineer, Jackson Palmer. It was named after a Japanese Shiba named Kabosu adopted by blogger and teacher Atsuko Sato in 2008.

“The doge meme that gained popularity in 2013 featured an image of a Shiba Inu dog with Comic Sans thought bubbles spouting out of it with near monosyllabic ideas,” wrote Grace Kay in a recent report for Business Insider.

“The meme could be used to express anything from jokes about naps, early mornings, diets — even space exploration.” 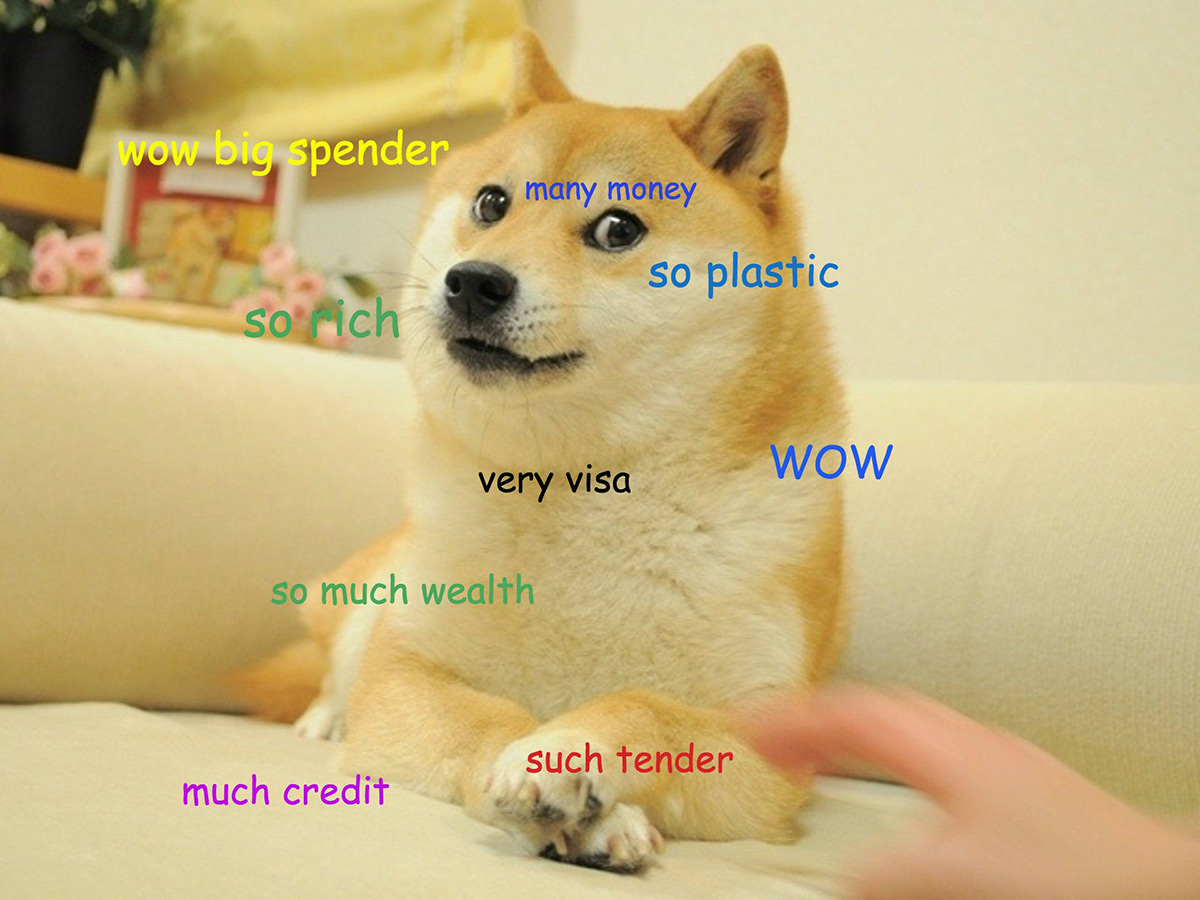 The Dogecoin website would received over a million visitors within its first month online, giving it a solid foundation to build off of. Today, Dogecoin is verging on one million subscribers on the official reddit forum, /r/dogecoin, and has various groups dedicated to the cause on different social platforms. The real growth of the community is only just beginning, and the currency already has a market cap over $9 billion USD.

Will Dogecoin hit $1? Your guess is as good as ours, but people once doubted it would even reach a $1 billion market cap and here we are sitting at over 9 billion. Will Dogecoin become the next Bitcoin (BTC)? Well, even Musk pointed out the fact that DOGE not having “a cap or finite limit hurts it in the long run.” That doesn’t mean it won’t happen though, but it does work against it.

Aside from the price surge, the latest news surrounding Dogecoin is the rumour that there will be a DOGE commercial running during the 55th Super Bowl taking place tonight. So far, the meme-heavy DOGE community has created a ton of their own DOGE commercials but it remains to be seen if there will be an actual ad running during the broadcast. Of course, Musk did say Dogecoin was the “people’s crypto” and indicated he was down to help give it exposure to help facilitate its growth. Maybe a Super Bowl commercial is part of his plans.