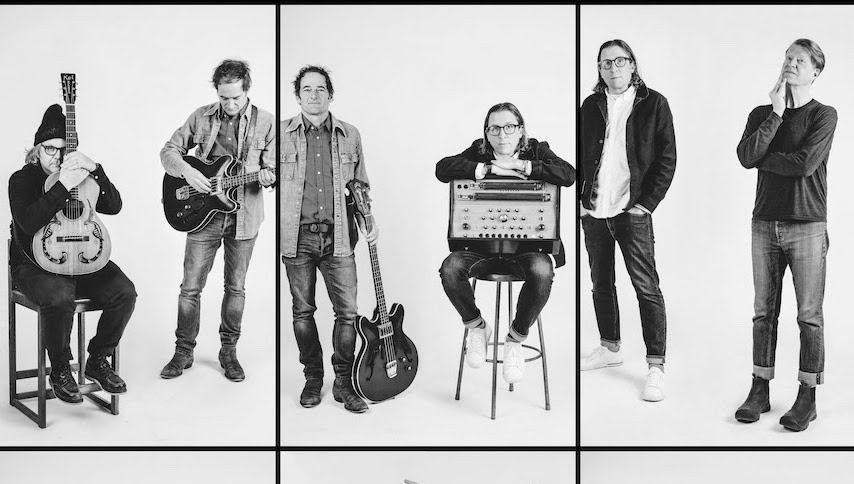 2022 might end up being the most Wilco-filled year we’ve had in a while, and it couldn’t have come at a better time. Unless you’ve been living under an indie-rock rock, you’ll know the band has been celebrating the 20th anniversary of their beloved 2002 album Yankee Hotel Foxtrot by playing anniversary shows in New York and Chicago, and announcing an overwhelming special edition YHF boxset. Now, they’ve announced their latest full-length album, Cruel Country (out May 27 via dBpm Records) and shared its lead single, “Falling Apart (Right Now),” along with a video for the track featuring studio footage taken by Jamie Fleischel and compiled/edited by Zoran Orlic.

Wilco have always been considered alt-country, with the genre’s influence evident in even their poppiest moments, but if you’ve ever wanted Jeff Tweedy and co. to go full-on country twang, Cruel Country is for you. “There have been elements of Country music in everything we’ve ever done,” Tweedy said in a statement. “We’ve never been particularly comfortable with accepting that definition, the idea that I was making Country music. But now, having been around the block a few times, we’re finding it exhilarating to free ourselves within the form, and embrace the simple limitation of calling the music we’re making Country.”

In the same statement, Tweedy further elaborates on how leaning into his love of country provided the perfect musical backdrop for his complicated feelings on America expressed in the album’s lyrics:

It isn’t always direct and easy to spot, but there are flashes of clarity. It’s all mixed up and mixed in, the way my personal feelings about America are often woven with all of our deep collective myths. Simply put, people come and problems emerge. Worlds collide. It’s beautiful. And cruel. The specifics of an American identity begin to blur for me as the record moves toward the light and opens itself up to more cosmic solutions—coping with fear, without belonging to any nation or group other than humanity itself.

More than any other genre, Country music, to me, a white kid from middle-class middle America, has always been the ideal place to comment on what most troubles my mind—which for more than a little while now has been the country where I was born, these United States. And because it is the country I love, and because it’s Country music that I love, I feel a responsibility to investigate their mirrored problematic natures. I believe it’s important to challenge our affections for things that are flawed.

??Country music is simply designed to aim squarely at the low-hanging fruit of the truth. If someone can sing it, and it’s given a voice—well, then it becomes very hard not to see. We’re looking at it. It’s a cruel country, and it’s also beautiful. Love it or leave it. Or if you can’t love it, maybe you’ve already left.

The band will reportedly be playing the new album in its entirety at their Solid Sound Festival in North Adams, Massachusetts, which takes place on its release weekend (May 27-29). If you can’t make those shows, they’ll be playing at least one more North American date in Martha’s Vineyard at Beach Road Weekend on Aug. 28 after playing a handful of U.K. and European dates in June. You can purchase tickets for all dates here.

Check out the video for Falling Apart (Right Now) below, and keep scrolling to revisit a 1996 Wilco performance from the Paste archives and to see Cruel Country album details. And don’t miss our new interview with the band’s John Stirratt.