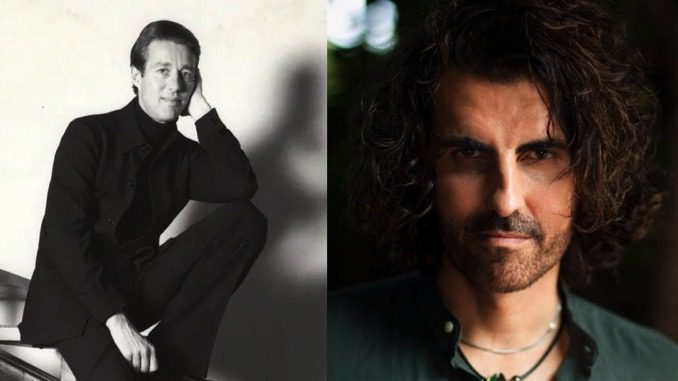 SongWriter
is a podcast that turns stories into songs, featuring David Gilmour, Joyce Carol Oates, Steve Earle, Roxane Gay, Amanda Shires, Susan Orlean and Katie Melua. You can hear an exclusive preview of next week’s episode featuring the story of Halston and Stephan Moccio, only at Paste.

The life of mononymous fashion designer Halston was recently made into a Netflix biopic starring Ewan McGregor. Halston’s story is at once inspiring—a gay man in 1970s America who rose from obscurity to build a fashion empire that was valued at a billion dollars—and heartbreaking. Ned Martel, a producer of the show, says this combination is the key to making compelling television.

“The saddest part of our story is to have the audience watch the character struggle with drugs, and ultimately the plague that so many of his generation succumbed to,” says Martel. “That’s part of the drama, and part of the tragedy.”

“He was inescapable in American culture,” Martel says.

Sadly, profligate spending, drug abuse, and eventually illness from HIV/AIDS caused the designer to lose control of the brand. In the last years of his life, Halston was barred from using his own name on his designs.

When songwriter Stephan Moccio watched a documentary about Halston, he felt an instant kinship. The designer’s struggle to maintain creative focus in the face of wild success felt familiar.

“I know how Halston ended up where he ended up, and how he ended up that way, as well,” Moccio says. “It’s very simple.”

Like Halston, Moccio found success at a young age. While on a songwriting trip to Los Angeles from his native Canada, he wrote “Wrecking Ball” with Sacha Skarbek and MoZella. By the time he moved to L.A. a few months later, it was a worldwide number one smash.

The flood of career opportunities that inundated Moccio were appreciated, but overwhelming, and he soon found himself overextended and uninspired. Though he enjoyed working with artists like The Weeknd, Ellie Goulding and Celine Dion, eventually Moccio realized that he needed to step back from producing and songwriting to focus on his own creative work. Lionheart, an album of solo piano songs, is the result.

“Having more creative control, and say in what you do is really important to me,” Moccio says.

Ben Arthur (@MyHeart on Twitter) is the creator and host of SongWriter. His latest song, “Persistent Ghosts,” is about traumatic memory.