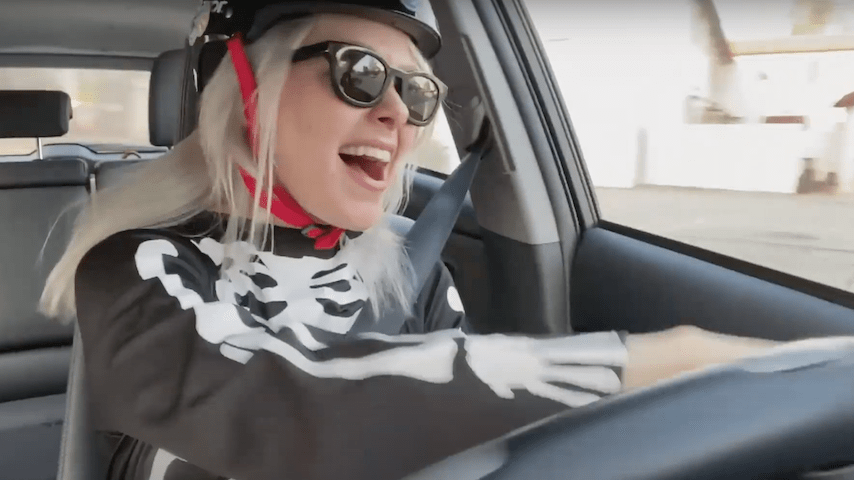 On the latest episode of The Late Late Show with James Corden, Phoebe Bridgers performed her song “I See You” off of her latest critically-acclaimed album Punisher while doing donuts in her car.

After a short interview, in which the folk singer/songwriter speculates that her mom makes burner accounts on social media to defend her from haters, and talks about how often she likes to sit in her car in front of her house with the AC blasting, Bridgers took off into a parking lot to spin around while singing. She had her typical skeleton suit on along with a helmet and sunglasses.

She also talked about her decision to release the album a day early:

I just had a couple people reach out and ask me if I was gonna put the record out at all with the political climate or even push it down the line. I feel like the subtext of that is waiting for people to forget about Black Lives Matter or waiting for white people to be able to talk about themselves on the internet again, which I find insanely cringey and offensive.

Watch the interview and her performance below. Scroll down to watch her 2017 Paste session, and read our review of Punisher here.