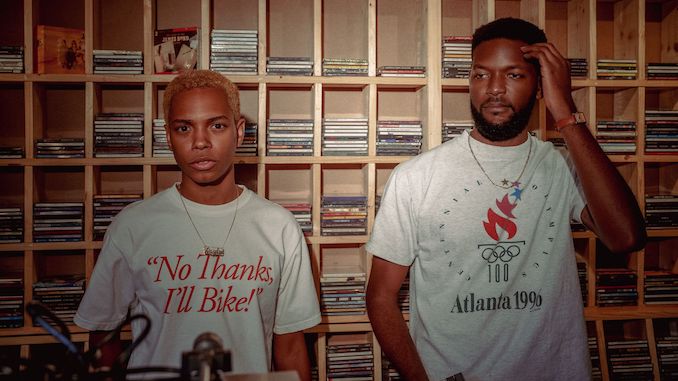 They Hate Change hail from Tampa Bay, and this exciting rap/production duo has been on Paste’s radar for some time now for their multi-genre influences that manifest in the most creative, interesting ways. Ahead of their forthcoming album Finally, New (May 13, Jagjaguwar), they share their final single “Some Days I Hate My Voice.”

Aided by New Jersey producer titmouse, They Hate Change float on the hypnotic, watery synths as Vonne reflects on their gender identity. It opens with a sigh, paving the way for Vonne to reflect on the malleability of gender presentation and what visibility means. Despite being compared to fellow gender non-conforming musicians and getting sideways glances, Vonne’s spitfire bars encompass everything from annoyance to pride, ultimately proud of the endless possibilities of the human experience.

Reflecting further on the message of the song, Vonne said:

I’ve written a bunch of sad lyrics about gender identity in the past, mostly while being sad about gender identity. Sad songs are played out though, so I approached this joint charged up and went at it from a different, equally honest perspective, that represents the experience of having a gender identity or expression that’s constantly in flux (in a positive way!).

Below, listen to “Some Days I Hate My Voice” and preorder Finally, New ahead of its May 13 release here.