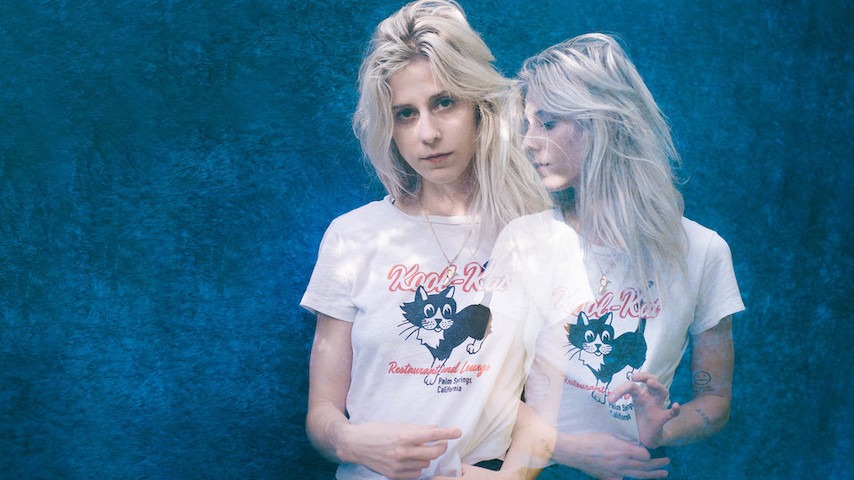 We made it to another Friday. The end of each week feels like an accomplishment, even if the days, weeks and months all start to blend together. If you missed out on all the musical treats spread across the past five days, we’re here to catch you up. Today brings the release of Jehnny Beth’s debut solo album, plus Norah Jones’ first album since 2016, and this week brought the news of a new Bully album and lead single, plus a new track from Fontaines D.C. and much more. This was a big week at Paste given that we rounded up our favorite albums and songs of the year so far, and we also unveiled our latest pick for our Best of What’s Next column, which highlights our favorite on-the-rise artists. Scroll down to sample this past week in music.

Norah Jones: Pick Me Up Off the Floor

Bully: “Where To Start”

This week we caught up with Rising Appalachia and Ray Wylie Hubbard. Watch every episode—future and past—on our YouTube page.

The first time many became acquainted with Jehnny Beth was on “Shut Up,” track one of Savages’ 2013 debut album Silence Yourself. Beth proclaimed herself “a breaker of ocean, leaden like a bullet to the sun,” a line of melodramatic bravado which might not have landed if it wasn’t for her gripping intensity. The U.K.-based post-punk band shook listeners with their unflinching strength and serious devotion to artistry, and their two studio albums still hold up as all-time-great punk highlights of the 2010s. Beth doesn’t have to beg for attention—you’ll hand it over as if you had no choice in the matter. Beth’s performances are known for her alluring and physical display, and after Savages went on hiatus in 2017, it was hard to believe her ferocious grace would be sidelined for very long. Beth was raised in France and later relocated to London to start a band, as she felt more connected to the music scene there. After finding success with Savages and living there for over a decade, she decided it was time for a change, so she moved to Paris and soon began working on new material, which would end up on her debut solo album To Love Is To Live, out today (June 12) via Caroline Records. It’s her most musically daring and lyrically vulnerable work to date—while Savages invoked a godlike power and operated within the parameters of late ’70s and early ’80s punk, Beth tears down both her strong facade and stylistic barriers. Read Paste’s Q&A with Beth about the making of her new album To Love Is To Live. —Lizzie Manno


What Our Staff Is Listening to This Week

Hopefully, in the midst of these intense past few weeks, you were able to take some time for yourself to try to soothe your worries. Whether or not that time existed or included some music, our staff has some recommendations for you for the next time you’re free to just be present and relax. This week, we’ve been listening to the latest album from rootsy singer/songwriter Tré Burt, a recent collab between Anna Calvi and Courtney Barnett and more. Grab your noise-cancelling headphones (if you have them), and listen to a small sample of music we’ve been listening to. —Paste Staff


Nation of Language: The Best of What’s Next

There’s something special about an artist whose music reaches the full potential of a particular genre while also transcending it altogether. That can be said about Nirvana with grunge, Miles Davis with jazz, My Bloody Valentine with shoegaze and so on. One could also add Nation of Language to that list, with respect to new wave music. The Brooklyn-based band, led by vocalist and songwriter Ian Devaney and featuring his wife Aidan Devaney on keys and Michael Sui-Poi on bass, unleashed their debut album Introduction, Presence last month, and it’s crowned them as the most exciting new synth-pop act in years. The band has been releasing invigorating, ’80s-indebted singles for about five years now—tracks like “I’ve Thought About Chicago” and “Reality” are undoubtedly direct descendents of Pet Shop Boys, A Flock of Seagulls and Orchestral Manoeuvres in the Dark, but there’s also a subtle glow that recalls 21st century anthemic indie rock à la Arcade Fire, The National and The Killers. While their decade-spanning influences can certainly be scavenged, their songs always sound bigger than them—Devaney’s songwriting feels essential and eternal. —Lizzie Manno

For many of us, this has been the most tumultuous year of our lifetimes. To start the decade on such a tragic note is truly soul-crushing, and there’s no sense in dressing it up. But we simply have no choice but to persevere. Even in the midst of a global pandemic, people have been connecting with each other and making meaningful art—two things that are integral to the human soul. We’ve experienced an onslaught of live-streamed performances and home-recorded albums—churned out at a time when artists have lost most of their revenue streams. Many of the albums we were excited to hear this year got delayed, and some of them arrived just when we needed them. The albums we did end up hearing in the first half of 2020 were hugely important in keeping us sane. From Fiona Apple’s giant comeback record to Moses Sumney’s mystifying double album to Run the Jewels’ sadly timely LP about systemic oppression, listeners were still blessed with a solid haul of albums. We hope you found something to love this year, but whether you’ve completely checked out or you’ve been along for the ride this whole time, we present to you our favorite albums for the first half of an unprecedented year. —Paste Staff

While this year has not, by any standards, been “good,” the music has been powerful. As it has throughout history, music has this year served as a remedy to our stress, a reason to dance, an excuse to smile (or cry) and a response to those in power who may try to get in the way. As the U.S. is gripped by protests and a pandemic, there are a million ways we could introduce this list—or we could just redirect your attention to something more important altogether. But we at Paste believe that music is complimentary to the fight for justice, including the important work of the Black Lives Matter movement. Music is a vehicle for protest, and it doesn’t just serve one purpose. These are the songs that have moved and shook us this year, for whatever reason. These are the stories and battle cries and breakdowns and jam sessions that have inspired during a year that has very often felt hopeless. Here are the best songs of 2020 so far. —Paste Staff