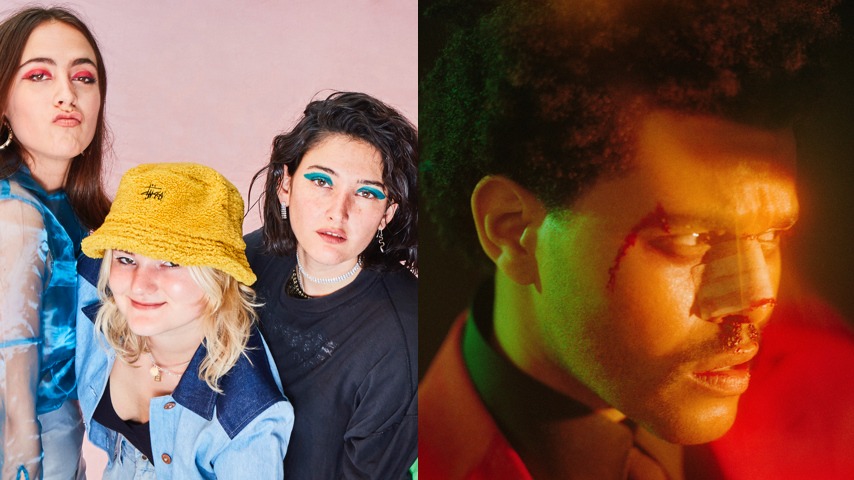 Every summer, one song reigns supreme. There’s one overarching tune that can usually be heard everywhere: blasting from car windows, bumping from boomboxes buried in the beach sand, blaring over every pop radio station and bopping at every backyard party. In the past 10 years, anthems like Drake’s “Once Dance,” Carly Rae Jepsen’s “Call Me Maybe” and Katy Perry’s “California Gurls” took the title. Last year, it was undoubtedly the country-rap brainchild of Lil Nas X, “Old Town Road,” which catapulted the young artist from TikTok fame to international stardom.

This year, the “Song of the Summer” title is not so easily categorized. Thanks to the pandemic, there are no barbecues or pool parties. No mass gatherings or music festivals. So the question must be asked, “Can we even have a Song of the Summer if Summer 2020 is entirely indoors?” Paste’s answer is an emphatic YES. Summer looks different this year, but that doesn’t mean the fizzy, fiery pop songs that make summer great have to go away. In fact, many of our picks for 2020 also come from TikTok. While we’re not quite ready to choose just one definite pick for THE Song of the Summer 2020, our staff has their own ideas about what defines a summer anthem in 2020. Find all our choices below, and then decide for yourself which bop catches your fancy.

Illuminati Hotties: “will i get cancelled if i write a song called, ‘if you were a man you’d be so cancelled’”

Illuminati Hotties’ debut album Kiss Yr Frenemies was full of frisky indie-pop, with Sarah Tudzin’s vocals and lyrics battling it out for the record’s most playful feat, culminating in one of the best indie records of 2018. Now two years later, their bubbly, light-hearted sounds have been loaded into a paper shredder, followed by a wood chipper and a bonfire. Tudzin’s new mixtape Free I.H. was just announced after it was teased on socials weeks before as a new record from a mystery band called Occult Classic. The record briefly debuted on SoundCloud before it was taken down the morning after, and it was pretty clear that not only was Tudzin behind the project, but it was her best material yet—feisty, super-charged and full of hooks to die for. Lead single “will i get cancelled if i write a song called, ‘if you were a man you’d be so cancelled’” (the title was originally a text message from Tudzin to Speedy Ortiz’s Sadie Dupuis) is just over a minute-long, but it packs more fury and zeitgeisty one-liners than most tunes. “Let’s smash to a podcast” is easily the most absurd yet iconic opening line of the year, and the juxtaposition of sassy power pop vocals with harsh punk grumbles is such a perfect metaphor for the anger and hysterical comedy of 2020. —Lizzie Manno

I’m just a lame old millennial who knows nothing of TikTok’s true powers, but I do know that The Weeknd’s biggest hit from his new album, After Hours, has gotten some extra love from the popular video app. “Blinding Lights” is a rush of pure serotonin, all racing synths and untethered drum machines. The song shot to popularity earlier this year as a popular TikTok dance, but it remains an action-packed pop song worthy of Song of the Summer glory. It’s so popular, in fact, that it now has more than 1 billion streams on Spotify, a feat few have achieved before. If you ever wake up feeling mopey or need an extra boost of sunshine this summer, put on this song and move around to it like a madman. It’s a true summer mood-booster. —Ellen Johnson

Mike Hadreas’ latest album is his smokiest and most rock-driven yet. Set My Heart On Fire Immediately is his fifth album as Perfume Genius, and it sees him operating in a more carefree headspace with lulling, dreamy instrumentals. The album’s highlight “Describe” evokes the feeling of melting in the sun—possibly even more so than anything Tame Impala’s ever written. The slow-crawling, blown-out riff paired with Hadreas similarly sizzling, filtered vocals is the sound of taking a breather and letting the elements wash you away. It’s an opulent surrender to love as Hadreas sings with care, “His love it felt like ribbons / An echo in the canyon.” The track’s compression makes it feel like you’re being gently caressed, before the lush two-minute ambient outro welcomes you into an angelic trance. Its beauty aside, let’s not forget that it’s the perfect pace for that dancing Kermit the frog meme. —Lizzie Manno

“Riding Solo,” a single from Spanish quartet Hinds’ latest album The Prettiest Curse, is an indulgent pop banger à la Carly Rae Jepsen’s “Party For One” or Fergie’s “Glamorous” (The prevailing similarity: private jets!). Calypso drums and steamy daydreams populate this fuzzy, delicious pop/rock mashup. “Riding Solo” should (but, sadly, probably never will be) a massive hit. You can practically see the clouds rushing by you, or feel the sand between your feet. Hinds capture the carefree attitude of summer on this golden-tinged track, and we could all use a little extra freedom (albeit metaphorical) right now. That’s why it’s my pick for Song of the Summer. —Ellen Johnson

Toronto-based Afro-Colombian artist Lido Pimienta’s Polaris Prize-nominated second album Miss Colombia, which follows her Polaris Prize-winning debut La Papessa, is one of this year’s finest—brimming with grand experimental pop and flowing electro-cumbia. As the album grapples with her multicultural identity, the songs also exist outside of easy categorization. Second single “Eso Que Tu Haces” comes from one’s desire to protect themselves—even if that means uncomfortably confronting someone—and it’s painted with the most emotive pop vocals imaginable. With a swell of synths and horns behind her, Pimienta shakes the ground with the lift of her chorus vocals. Even if you don’t speak Spanish, you can detect the pain and strength from her effortlessly-delivered voice. It’s almost celestial, and the light cumbia rhythms will make you want to step outside and pirouette in the sun. —Lizzie Manno

The crowning jewel of quarantine collabs features Bey’s return! The pop superstar raps on this fortified remix of Megan Thee Stallion’s hit song “Savage,” which has found popularity on TikTok, particularly, thanks to a really catchy choreographed dance that went viral. Hearing these two Texas queens together just feels so right. I am so here for these two bosses from “H-Town, goin’ down” singing each other’s praises. It’s also just a summer joyride. The creator of 2019’s Hot Girl Summer, there’s no better ambassador for summer 2020 than Megan Thee Stallion. This Hot Girl Summer just looks a little different. —Ellen Johnson

Just the name of this song incites memories of summer past. Watermelon Sugar. Mmm. I can taste it! It’s no secret Mr. Styles is a fan of seasonal produce, and the list is long on his hit “Watermelon Sugar:” strawberries, just a catch-all “berries” and, of course, the titular “watermelon.” It’s probably the sexiest song about fruit (that’s also not about fruit at all) to ever be written, and it’s the perfect steamy, juicy, sweaty song for summer. Pairs well with “lemon over ice.” —Ellen Johnson