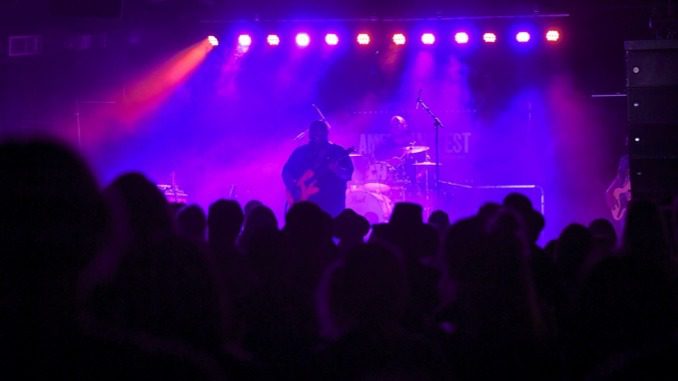 I am, admittedly, only an intermittent consumer of music journalism. I’m the type of artist who needs space from that sort of thing to get work done. Every now and then, though, a piece creates such an uproar in my musical community that I feel it warrants reading. The most recent example is Paste Magazine’s “Curmudgeon Column” on Black Americana artists, written by Geoffrey Himes. At first glance, I understood the outcry: The article is cutting and condescending, and a classic example of sexist arts journalism that arbitrarily pits women against one another. Himes proposes a separate (but presumably equal) musical genre for Black Americana artists called “Afro-Americana” while simultaneously condemning hip-hop and R&B as “straitjackets” for Black musicians. His thesis is that Black musicians are not as good as everybody thinks we are, and he has no qualms about naming and shaming artists who fail to meet his standards.

Of course, not everybody has to like everything. Himes is a music journalist. It’s his job to report honestly on what he sees and hears. It is also, however, Himes’s job to research the subject matter to be sure he understands it. His criticisms of Amythyst Kiah and Allison Russell make it clear that he has neglected this second duty. He finds their narratives and melodies insufficiently elaborate, but disconnected lyrical imagery and repetitive melodies have been considered hallmarks of Black music for hundreds of years. In his 1965 foreword to Newman I. White’s American Negro Folk-Songs, renowned folklorist Bruce Jackson wrote that “instead of weaving narrative elements to create a story, the Negro song accumulates images to create a feeling.” J. McKim made a similar observation over a century prior in his article “Negro Songs”:

Each stanza contains but a single thought, set in perhaps two or three bars of music; and yet as they sing it, in alternate recitatives and choruses, with varying inflections and dramatic effect, this simple and otherwise monotonous melody will, to a musical ear and a heart susceptible of impression, have all the charm of variety.

That charm is—apparently, regrettably—lost on Mr. Himes. A more informed listener, however, might expect a song called “Black Myself” to exhibit traits commonly associated with Black music. In the case of Kiah’s song, as well as Russell’s album, the message of the work and the identity of the artist shape the music. Using sonic elements to imply certain messages or reference certain people, ideas or events is also common practice in Black music: Scholars have often applied the term “signifyin’.” Himes seems unaware of signifyin’ as a practice, or at least too unfamiliar with Black culture to grasp what is being signified and why. His complaints about the music boil down to “these songs are too Black.”

Again, Himes isn’t obligated to like the music. But I must ask: Why should we accept a white man’s subjective taste as a measure of quality for a song called “Black Myself”? For Russell’s heartrending tribute to her enslaved foremother, “Quasheba, Quasheba”? For that matter: Is a man with such a shallow understanding of Black music qualified to pass judgment on it? To write about it? To give it a new name?

Let’s talk about “Afro-Americana.” Himes’s newly coined term is problematic on multiple levels: first, in its close resemblance to earlier attempts to segregate the music industry through the production of “race records” and the confinement of Black artists to specific award categories at the Grammys. Second, in its redundancy: Black people have always been a part of Americana, because Americana was built with our sounds. Whether the hyphen is intended to segregate us out or tack us on as an afterthought, the implications are ahistorical and insulting. Third, in its apparent uselessness: Who needs this term, and what for?

In Himes’s article, “Afro-Americana” seems little more than an excuse to pit Black artists (particularly Black women) against one another, often in cases where no legitimate musical comparison can be made. Himes laments the Grammys “honoring [Black Pumas] when someone like Charley Crockett is still woefully underappreciated,” but is a psychedelic soul band like Black Pumas really in competition with a country singer like Crockett? Most would say the two are apples and oranges, and both deserving of recognition—but evidently not Mr. Himes. Here we may perceive the true, insidious utility of “Afro-Americana”: restructuring the genre so that Black artists must compete with one another in the Negro leagues for limited seats at the main table.

As I read through Himes’s piece, I found myself revisiting the same question time and time again: Why? The main thesis of the column seems to be that some Black Americana artists are bad, but he fails to cite anybody who argues that we’re all good. Why did he feel the need to so caustically refute an argument that no one is making? Why did he choose to deliver his points with such enthusiastic cruelty? Why is he so upset about the recent proliferation of successful Black artists in Americana?

This last, at least, is familiar. Himes is not the first white man to see too many Black people moving into the neighborhood and respond by building a wall and shutting the gates. He will not be the last. It is the duty of publications to make sure that their platforms are not co-opted for these nefarious purposes; I hope that the editors of Paste will exercise better judgment in the future.

Jake Blount is an award-winning musician and scholar living in Providence, RI. His debut album, Spider Tales, is out now on Free Dirt Records & Service Co.