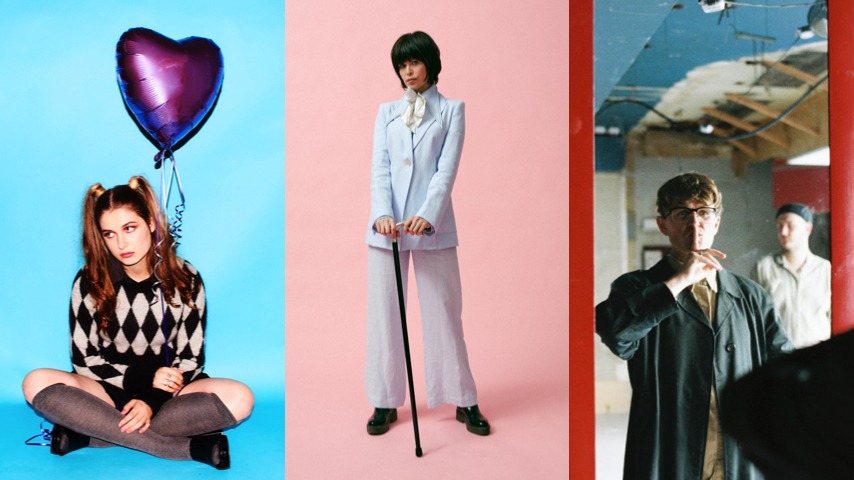 It’s been a long, strange week/year/eternity, with the ongoing presidential election soon to draw to a merciful close, but the show still goes on vis-à-vis new music releases. Fresh singles from “anti-pop star” Baby Queen, Jezabels frontwoman-turned-solo rocker Hayley Mary and English post-punks Yard Act, among others, managed to cut through all that noise. Come along for the ride with our picks for the week’s top tracks.

Adulkt Life (featuring members of Huggy Bear and Male Bonding) shared their debut album Book of Curses today (Nov. 6) via What’s Your Rupture?, which landed a spot among our most-anticipated albums of November. It’s an off-kilter punk album with a tendency for spiky tangents and striking mantras, and track three, “Whistle Country,” delivers on both fronts. —Lizzie Manno

Baby Queen, the moniker of “anti-pop star” Bella Latham, released a new single, “Want Me,” alongside its music video. Latham—South Africa-born, now London-based—will be releasing her debut EP Medicine on Nov. 13 via Polydor Records. Following “Pretty Girl Lie,” “Want Me” is the second preview of her forthcoming EP. Latham says of the new song, “I think it’s probably the closest thing we’ll get to a Baby Queen love song anytime soon.” —Paris Rosenthal

Singer/songwriter and multi-instrumentalist Coco Reilly will release her self-titled debut album on Dec. 9 via Golden Wheel Records, previewing it with four singles so far. A standout among the bunch, the glowing retro rocker “Oh Oh My My” finds Reilly looking inward over lushly layered guitars and warbling keys, reevaluating her relationships from a place of newfound emotional honesty. “‘Oh Oh My My’ is about making myself the subject of my own study and figuring out my own patterns,” she explains. “I started observing the early years of my life and it occurred to me that maybe I never knew how to give or receive love in a real or healthy way because I wasn’t taught.” —Scott Russell

Australian indie rocker Hayley Mary, the frontwoman of The Jezabels, shared a new single, “The Chain.” The track, which comes with an intriguing music video, marks Mary’s first release since her 2019 debut EP, The Piss, The Perfume. Mary says of the new song: “The night I wrote ‘The Chain’ the pandemic was erupting around us all. Venues were closing and I received the news that my flights and headline shows were cancelled. I sat in my apartment in Melbourne staring at my suitcase. Not quite ready to start unpacking and let go of the momentum of my little rock ‘n’ roll dream, I picked up the guitar and wrote what felt like, at the time, the saddest song I’d ever written. Sonically and melodically, however, it’s one of my most uplifting.” —Paris Rosenthal

The new project of Slaves guitarist Laurie Vincent and producer Jolyon Thomas, LARRY PINK THE HUMAN’s latest single is an explosive synth-pop track featuring vocals from IDLES frontman Joe Talbot. The duo describe their fourth single of 2020 as “a contemplative look at missing the beauty in the everyday,” while Talbot adds, “It’s a track about not knowing the magic ‘til the magic is behind us.” The song itself, however, is more likely to help you lose yourself than find the present moment: The verses combine Talbot’s reserved musings with a calming synth hum, but the choruses throttle up into a cathartic thump that simply rules out sitting still. —Scott Russell

The latest single from Leeds, U.K. post-punks Yard Act is unlike anything else you’ll hear this week, and not only because it tells the (fictional) tale of a wife who murders her husband by exploiting his peanut allergy. “Peanuts” renders its darkly comic narrative via slick, adventurously arranged post-punk, aided by new guitarist Sam Shjipstone, as well as Shjipstone’s grandfather Ronnie Ronalde, whose whistled rendition of “In A Monastery Garden” serves as the backdrop to frontman James Smith’s spoken-word delivery of the song’s climactic act of sabotage. It’s such a ride, you may miss its deeper resonance: Smith explains the song is “also about accepting that we don’t all see the world in the same way. It feels to me that divisions are getting more extreme […] We’re so certain we’re right that we can’t comprehend why someone else could see the world differently to the way we do.” —Scott Russell