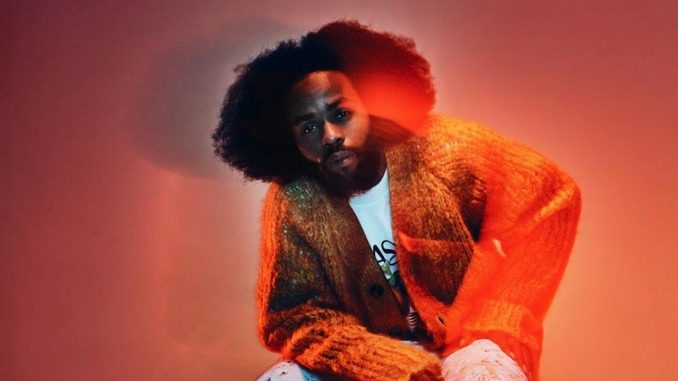 The Paste Music team is burning the candle at both ends lately, with Atlanta’s Shaky Knees and New York City’s Rolling Loud bookending our week. But the music must flow (Dune, anyone?), so we dipped our mitts into the past seven days’ new singles and scooped out five of our favorites. The big-ticket item is Spoon’s ripper of a lead track from their first new album in five years, but new sounds from Fly Anakin, Shygirl and others made powerful impressions on us, as well. Take a gander at the complete list below.

Richmond, Virginia rapper Fly Anakin entered a new artistic era Wednesday with “Sean Price,” his Evidence-produced ode to the eponymous Brooklyn emcee and Boot Camp Clik member, who died in his sleep in 2015. Over a puffy cloud of space-dust synths, punctuated by purposeful piano and guitar notes, Anakin makes his vigorous, authoritative raps sound casual, coolly instructing, “Say my name right, take flights and roll dice / Separate the men from mice, apeshit, Sean Price.” It’s a fitting tribute to the influence a hip-hop hero had on Anakin, as well as a hypnotic, promising first preview of the rapper’s next LP—the follow-up to his 2021 EP Pixote, and the pair of records he’s released alongside Pink Siifu as FlySiifu—which is due out in early 2022. —Scott Russell

Gulfer: “End of the World”

The third new track of the year from Montréal quartet Gulfer, “End of the World” is a “pandemic song […] that explores our collective adaptations to new realities,” according to the band. Replete with math-y hammer-ons and pull-offs, and driven by Julien Daoust’s shuffling drums, the track finds vocalist/guitarist Vincent Ford exploring the pitfalls of selective memory and actions disconnected from consequences. But like the rest of us, he’s mostly just concerned with figuring out how to function while living in a constant state of crisis: “Everyday’s a new end of the world / You can pray or complain / I’ll figure a new way to get on with this day to day / All our lives,” Ford sings, bright guitar riffs undergirding his determination. “End of the World” is the sound of (rocking and) rolling with the punches—something we all need to hear right now. —Scott Russell

It’s no secret Paste is into Los Angeles-based songwriter Hana Vu, whose previous singles “Keeper” and “Maker” have also graced the pixels of our recent best new songs lists. With only a week to go until the release of her debut album Public Storage (Nov. 5, Ghostly International), Vu shared its latest single, “Gutter.” “Gutter” is the heaviest song on the album, with fuzzy guitars and feedback resting under Vu’s rich voice. It’s an homage to shoegaze and grunge, departing from her brighter sound palette with darker, more melancholy textures. —Jade Gomez

London-based artist Shygirl’s second single since her acclaimed 2020 ALIAS EP is also the second to land on a Paste best new tracks roundup, following her summer slowthai collaboration “BDE.” Where that track was bassy, bold and hypersexual, “Cleo” is more restrained and cinematic, opening with sweeping strings that eventually give way to a throbbing club beat, complete with claps and hi-hats. “You got me feelin’ like a movie star / All eyes on me,” Shygirl sings, with an icy detachment in her vocal tone, as if she’s looking down from somewhere high above. —Scott Russell

At long last, Spoon have announced their 10th album, the much-anticipated follow-up to 2017’s acclaimed Hot Thoughts. A press release describes Lucifer on the Sofa, due Feb. 11, 2022, via Matador Records, as “the band’s purest rock ’n‘ roll record to date.” Lead single “The Hardest Cut” is our first preview, out now alongside a music video. Spoon returned to their hometown of Austin, Texas, to record Lucifer on the Sofa, the first time the quintet has done so in over a decade. Frontman Britt Daniel describes the resulting album as “the sound of classic rock as written by a guy who never did get Eric Clapton.” (Zing.) “The Hardest Cut” fits the rock throwback bill, with a staggering, detuned guitar riff at its center. The toe-tapping verses almost have a rockabilly chug to them, yet Spoon break that familiar pattern with unexpected guitar stabs, creating a nervous tension that Daniel stokes further with his (appropriately) apocalyptic lyrics: “It’s comin’ down, the hardest cut / World wars in my mind / Long day into night, the hardest cut / We live on a knife.” —Scott Russell