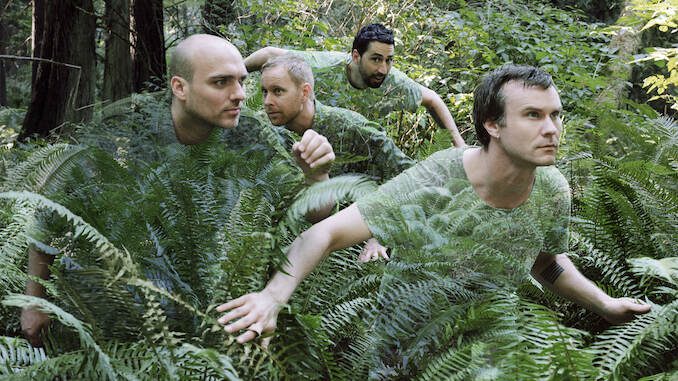 While people are freaking out over When We Were Young Festival, emo veterans are probably keeping an ear to the ground for confirmation of a Sunny Day Real Estate tour. The reported tour will be the emo pioneers’ fourth reunion since their inception in 1992, and their first reunion in 12 years. According to an exclusive report by SPIN, “people familiar with the situation” said the shows will take place this spring and will include the band’s original lineup except for original bassist Nate Mendel, who is also a member of the Foo Fighters. Paste has reached out to the band’s representatives for further information.

Drummer William Goldsmith began sparking speculation when he shared a video of him practicing “Roses in Water” off the band’s 1998 album How It Feels To Be Nothing On on his Instagram. Fans also discovered a new Instagram account called @SDREtour, which has not shared any posts yet.

Sunny Day Real Estate’s future has been a subject of speculation for over a decade. Following their 2009 reunion tour, the band dropped hints of new material on the way. However, Mendel shot these rumors down in a 2013 interview and said the sessions “fell apart,” effectively making the band inactive once again. However, the band released “Lipton Witch” in 2014 on a Record Store Day 7” split with Circa Survive. The song was the band’s first new material in over a decade.

Sunny Day Real Estate made headlines once again in 2018 when Goldsmith took to Facebook to air his grievances with the scrapped album in a now-deleted post:

Recently by way of objective ears I have been reminded of the fact that the greatest Sunny Day Real Estate record ever made remains silenced, abandoned and buried within the murkiest depths of David Grohls sock drawer. It’s both a shocking slap of reality and a swift kick in the balls. Gets harder to handle each time. Somehow someday – something has to be done. The tragedy of it is literally manifesting into physical pain. It honestly feels like someone has taken a part of me as a human being and locked it in a closet. My wife looked at me this evening and said “I am starting to understand what’s been haunting you for the past 6 years because it’s starting to haunt me as well.” This is not the first time I’ve had my voice taken from me. But now This music hasn’t just been taken away from me anymore – now it’s been taken away from my children. Unforgivable.

Goldsmith clarified shortly after that “Dave’s sock drawer was meant to figuratively represent studio 606” and “there are many ingredients that resulted in the abandonment of LP5.”

As of Jan. 24, neither Goldsmith nor the band’s official socials have commented further on news of the reunion.