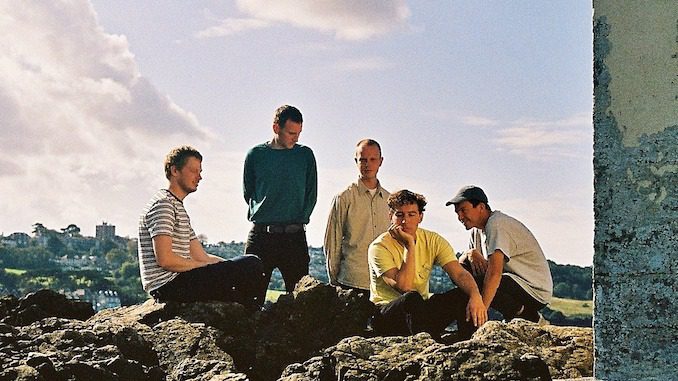 U.K. post-punk quintet Squid just shared their cover of Bill Callahan’s “America!” Their debut album, Bright Green Field was released in May via Warp Records, rated eighth on Paste’s Best Albums of 2021 (So Far), with standout track “Narrator” making it even higher on our Best Songs of 2021 (So Far) list.

On “America!,” Squid’s trademark eeriness creeps into the rendition, over a throbbing beat. Not straying too far from simple instrumentation in the beginning, Squid’s personality eventually spurts through, as they go full-on noise-punk with cymbals crashing and a screaming guitar as the song continues.

Squid said of their cover in a statement:

Earlier in the year we went to Otterhead Studios in the midlands to do some recording as we emerged from lockdown 2.0. We decided to cover some of our favourite tunes and one of them was “America!” by Bill Callahan. We didn’t think that this cover would see the light of day, but we wanted to release something special just in time for us heading over to tour the USA.

Squid will soon embark on their first-ever U.S. tour, beginning in Philadelphia on Nov. 9 and wrapping up in Seattle at the end of the month.

Find Squid’s U.S. tour dates below, along with the visualizer for their “America!” cover.