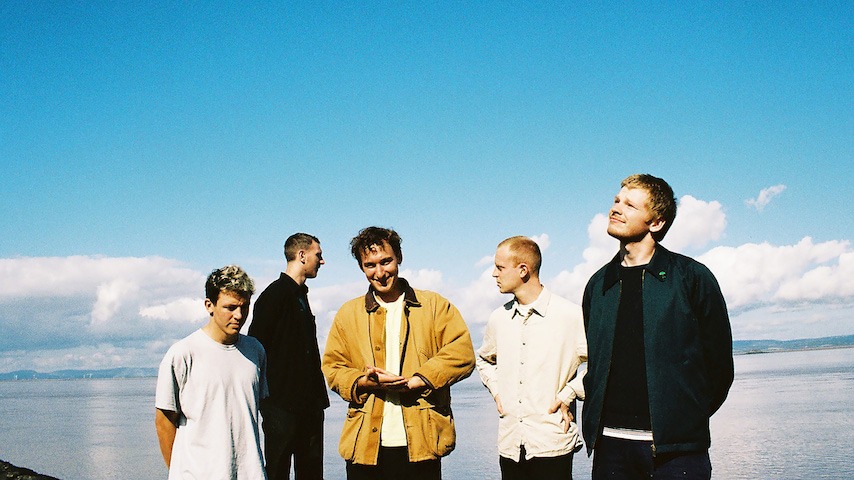 U.K. band Squid have announced their debut album Bright Green Field, out on May 7 via Warp Records. The album was produced by Dan Carey, and it follows their acclaimed 2019 EP Town Centre and a pair of 2020 singles, “Sludge” and “Broadcaster.” The announcement also comes with their lead single “Narrator,” featuring Martha Skye Murphy, and its accompanying video, which includes stunning animation. “Narrator” may be their best track yet, as it encapsulates their offbeat horn-and-synth-laden post-punk, and also contains a patient, intensely melodic and almost ghostly unfurling of energy that will shake you to your core.

“This album has created an imaginary cityscape,” says drummer/vocalist Oliver Judge, who writes the majority of the lyrics. “The tracks illustrate the places, events and architecture that exist within it. Previous releases were playful and concerned with characters, whereas this album is darker and more concerned with place – the emotional depth of the music has deepened.”

The band says of “Narrator”:

“Narrator” was inspired by the 2019 film A Long Day’s Journey Into Night. The song follows a man who is losing the distinction between memory, dream and reality and how you can often mold your memories of people to fit a narrative that benefits your ego. Martha Skye-Murphy made the point that the unreliable narrator is, more often than not, a male who wishes to portray women as submissive characters in their story. After some discussions with Martha she thought it’d be a good idea that she play the part of the woman wanting to break free from the dominating story the male has set.

I had wanted to make a video about the virtual creation process for some time. I often think this “behind the digital curtain” part of 3D design looks more interesting than the final finished product since it conveys a process and an authorship. When I was approached to pitch on “Narrator” I immediately thought it could be the perfect match for this very visual idea.

Watch the video for “Narrator,” and preorder their album here. Scroll down for the album artwork and tracklist.