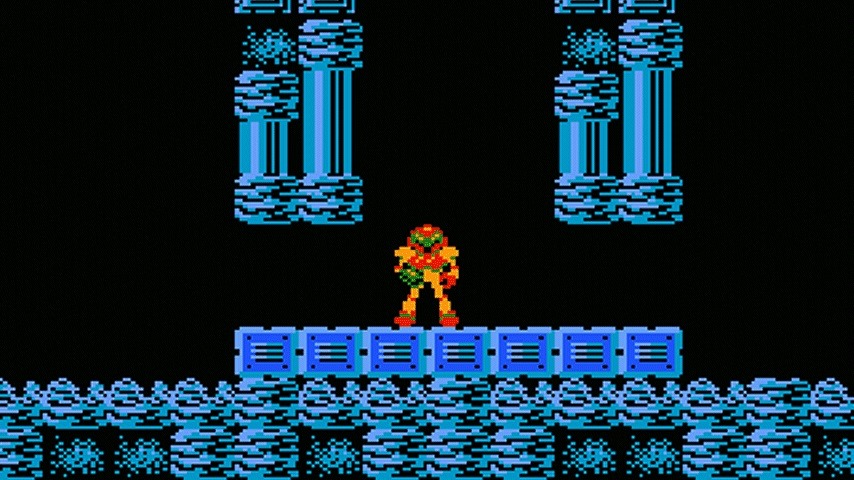 When the Challenger exploded, my parents tried to hide it from me. They did okay for a few days. But it was inevitable. They knew how fixated I was on space, how I wanted to be an astronaut, and they didn’t want to take that away from me.

Turns out you have to be a die-hard nerd, a low-key jock, AND have led an unimpeachable boring public life to be an astronaut. I talk too much shit for NASA.

One of the ways we “see” space and celestial phenomena is through sound. Radio waves turned into data, meaning applied to it. You can also get sick album art for sick albums out of it.

I think a lot about how we sonify space. How we communicate emptiness, fullness, and the truly “alien.” Mapping sound to soundless vacuum to express cosmic immensity, like Priscilla Snow does in Voyageur. There’s Kubrick’s usage of classic music—expressive, expansive, cost-effective. Or James Horner’s James Horner-ness. For every vision of space, there is a score. Jack de Quidt has managed no less than three, distinctvisions for the Milky Way.

How we turn the space of space into place, pressing our apprehensions and exhilarations onto the dreams of life off-world is fascinating. Militant or gentle. Banal fantasy. A corporate nightmare. Or the unquestioning delight of “discovery.”

We are made of stars, we live among them. It’s fitting that our relationships to the heavens should be as complicated and diverse as the ones to ourselves.

Now, this week I could have picked three videogame soundtracks from different franchises. We could sit down and rap about the way Freespace uses music to communicate grandeur or the horror of Dead Space. Hell, we could talk about the attempts to mimic John Williams in licensed Star Wars games.

Fuck that. I want to talk about Metroid.

Because if you’re too coarse to be a Real Astronaut, be a 6’3” Space Bounty Hunter.

Ok, Samus might be a cop. At the very least she’s definitely a Space Natty Bumppo. Look, Samus is complicated, but all the same—these soundtracks slap.

It’s a three way tie for me, between The Legend of Zelda, Castlevania 2: Simon’s Quest, and Metroid. Which one has the most iconic opening theme? If you ask my mother, Simon’s Quest will never escape her mind. It’s debilitating for her. But as much as Zelda and Castlevania have centered themselves in my life, it’s Hirokazu Tanaka’s score that has cemented itself. I know it from the opening drone, sinister, expansive. The vacuum of space that gives way to the synthetic twinkling of stars and a melody expressive of the myriad possibilities and how we feel looking up at the night sky. Full of mystery, hope, and potential.

It loops right back into being sinister.

If there’s one composition more iconic than the opening, it’s not the driving heroism of Brinstar, or even the murky, disjointed oddness of Norfair. It’s not the techno-organic bubbling of Mother Brain’s tank. It’s Kraid’s theme. One might not think of a dazzling space waltz as the ideal theme for a “ corpulent, three-eyed green reptilian extraterrestrial,” but Metroid is a weird game. No matter how many imitators and expanders that followed, this was the voyage into an uncharted space. Of course the colossal lizard boss has a waltz. It’s a banger too.

In a way, Super Metroid is the fulfillment of the promise of the original. It’s the space where the aggressive limitations of technology fell away like solid-rocket boosters and the Metroid franchise could truly escape into the possibilities of strange new worlds—well, the full realization of the planet Zebes at least. It’s weirder and stranger than we knew, with hidden histories and strange new threats.

But it’s also a very different game. Samus has always been a bounty hunter, a space cop, for the Galactic Federation. She’s always killed Space Pirates (after all, they orphaned her). But from the title screen to the main theme, Kenji Yamamoto and Minako Hamano establish a much darker tone. This is an eradication mission.

Yes, we will explore. But Samus is after payback. After all, they stole her weird alien bio-weapon baby and murdered an entire research station. Pounding timpani drums rumble underneath militant horn and the kind of synth choir samples that later Souls games bask in. Samus won’t nuke the planet from orbit, but she’s definitely thought about it.

Technically, the soundtrack is a revolution. The audio capabilities of the Super Nintendo vastly outstripped its progenitor. And Yamamoto’s experience as a sound engineer coupled with that new technology allowed him to build a sonic landscape for a planet beyond the imaginative gap-filling minimalism of 1986’s Metroid. Take Brinstar, now divided into two separate scores — a lush xenobotanical wilderness with rhythms layered like non-photosynthesizing ferns and the blossoming of vocal samples. It gives way to a subterranean network of eerie pulses and dampened echoing drums. The sheer humid emptiness punctuated with a simple, occasional piano melody. The magmatic Norfair is a deep tectonic groan. The planet breaths from its diaphragm, the planet has GERD, the low ulcerative beat is oppressive. “It’s a dry heat,” jokes Aliens’ Pvt. Hudson. In Norfair, that dry heat is a blast furnace.

It’s possible to go on for hours about Super Metroid. It’s a much longer soundtrack, a side-effect of the technological progress in games that pushes us ever towards longer, bigger, more. The need for unique themes for unique zones. Some gentle and eerie, others clearly on the offensive. Metroid used what it could to create a tone poem, a suggestion of space. Super Metroid takes those ideas and lets cinematic composition seep through, finding more complicated and direct ways to communicate place.

From the opening theme, Metroid Prime needs to let you know it’s different. It’s more focused on infection than the previous games. Metroids turned out to be a bio-engineered nightmare, sure. But in Prime the focus is on the corruption of Phazon. Oh, right. Also this time we’re in 3D, peering out Samus-like from inside a suit of power armor. You can see her reflection in breath on the visor at times. But unlike other shooters from its era, it’s far more investigatory than it is shooty or even platformy. The approach to scoring it must shift to reflect that.

Right off the bat the creeping skitters and swirling of whistle-like synth let us know this is a different Metroid than we know what to do with. It’s more Resident Evil movie score than what we’d think of as Metroid. There’s dread. More dread than conveyed in the opening of Simon’s Quest even. Sharp eerie whistles across the cosmos, and ghostly robotic respirations. And still those damn digital skitters and crunches. The sound of something walking across a field of dead locusts, chittering.

Kenji Yamamoto (with Kouichi Kyuma) brings all the sampling power of the GameCube to bear to create dense, atmospheric layers of sound and its absence. Better choir is piled onto computerized blips, quavering warbles of static, and things like persistent soft tickings. It’s an audio engineer at play, building cinematic scores from sound effects. Prime borrows the same way it scavenges samples, the way Samus plucks energy and missiles from foes, or new abilities from giant space bird statues. There’s hints of Star Trek and even Metal Gear. Motifs return from the original Metroid, building and building a layered history for players to scan and analyze.

While few tracks genuinely stand out, they’re not designed to. These layered backdrops are environmental storytelling, connecting the player to this new and unknown space. In a way, it’s the most successful of the Metroid soundtracks to date. It doesn’t insist upon giving us a beat and saying “That’s Crateria.” It conjures Chozo Ruins from the geological history of Tallon IV. Sound colludes with geography and culture to produce a richer meaning and presence of the game world.

Sure, there ares less outright tracks that slap. It might not even be something you put on and listen to for enjoyment, but rather than the empty orchestrated dead ends of so many franchises, Metroid Prime’s soundtrack hints at the truly alien world we’ve found ourselves on and beckons us to investigate just a little further.

Dia Lacina is a queer indigenous writer and photographer. She tweets too much at @dialacina.