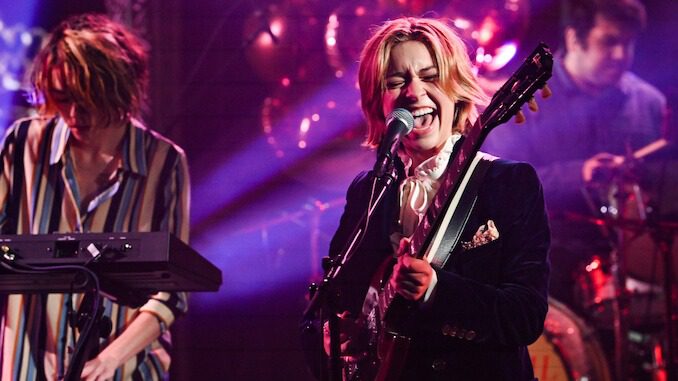 Fans of indie pop starlet Lindsey Jordan woke up to some sad news this Monday morning, as the team behind Snail Mail announced that the singer and her band would have to cancel and reschedule her upcoming 2021 and early 2022 tour dates, due to the necessity of surgery on Jordan’s vocal cords. The singer is scheduled to have surgery in the near future, due to polyps of the vocal cords, and put out the following statement to her fans as part of a press release:

Lindsey here – unfortunately, with terrible news this time. I’ve been struggling with my vocal health more and more each year. I lose my voice after a couple days of singing. I went to see an ENT last week and they found massive polyps in my vocal cords (surprisingly from vocal trauma due to talking!! shocker lol) that need to be operated on to prevent permanent damage to my voice. The recovery time is three months/speech therapy and in an effort to make sure the rest of the tour can happen, I will be postponing our first US tour which was supposed to begin this week as well as our initial UK/Euro tour :(. I’m devastated to be pushing off shows even longer. My team is working overtime to reschedule everything that we’re postponing—we will have everything rescheduled imminently. Thank you so much for all the support you’ve given the new record so far.

Jordan has been candid in the past about some of her struggles with vocal health, which she has previously attributed to her beginnings as a self-taught singer. Unfortunately, this latest development will cancel a slate of U.S. shows in late 2021 and early 2022, as well as some shows that had been scheduled for early 2022 in the UK and EU. The next shows remaining on her schedule (which you can see in full below) begin in April and May in North America, with some of the other canceled U.S. shows rescheduled for August and September of 2022. Tickets are still on sale via the official site, and the press release states that “all original tickets will be honored for the rescheduled times,” for those who had already purchased tickets for the tour.

We wish Lindsey Jordan the best of luck in her recovery, and hope she’ll be back to doing what she does best in the spring of 2022. This tour is in support of sophomore album Valentine, which has been critically acclaimed by many publications, Paste included. The rescheduled tour dates as as follows.