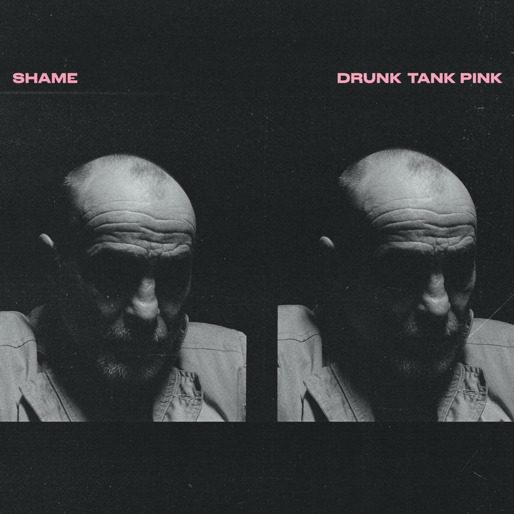 Everything about Shame and their emergence a few years ago was surrounded by chaos—but the South London band seemed enraptured by it. Their home base was a Brixton pub called The Queen’s Head, which was also an HQ at one point for much-hyped and highly controversial punks Fat White Family. At the time, Shame were only in their teens, but they quickly cut their teeth, later describing their wild times of “getting fucked up with 45-year-olds” and confirming that the rumored dark happenings within those walls were, if anything, “under-exaggerated.”

They also frequented another Brixton staple, The Windmill, a council estate pub and independent venue where they found their footing as a live band alongside fellow burgeoning acts like Sorry, Goat Girl and HMLTD. With each of these bands rising in popularity around the same time, this former Irish pub soon became the center of the U.K. indie scene, a place swimming with label execs looking for London’s next hype band. Shame’s “you had to be there” beginnings and organic rise are no doubt a part of their appeal, especially in a time when listeners are starved for rock ‘n’ roll mystique and folklore, which is inherently at odds with our constant social media fixation.

After Shame signed with Dead Oceans and released their debut album Songs of Praise in 2018, they toured all over the world to critical acclaim. Their forceful, jocular post-punk songs, barked by often-shirtless frontman Charlie Steen and taking cues from Mark E. Smith, were all the more satisfying in their live form. Mosh pits opened up, bassist Josh Finerty burst into tumbling front flips and Steen climbed over crowds, who held up his chunky boots as he stood above them, often flinging water like an eccentric baptism. But all this energy poured into an insane volume of tour dates and festivals eventually took a toll on them, lending few opportunities to take stock of their impressive run. As they began work on their follow-up album, there was a lot of contemplation to be done.

Their brand new full-length Drunk Tank Pink asks the same burning questions that arise after a messy night out—not the immediate ones in the morning, like “Where’s my credit card?” or “Who did I make out with last night? They pose the ones that make you think deeper, long after your hangover has subsided: “Am I addicted to numbing my pain?” “Am I moving too fast?” “Is this where I want to be at this point in my life?” As they seek answers, they sound darker and more agitated. There’s a palpable restlessness and lack of content—the exact sort of panic that sets in when you’re too young to be freaking out about how you’re going to cope with each new day. Their rhythms are sharper, their guitars are more imaginative, and they’re okay with taking their foot off the gas every once in a while.

They kick things off with “Alphabet,” an absolutely fuming track and one of their best songs to date. It’s marked by breakneck drums, Steen’s thoughtfully accented speak-singing and a guitar solo shrieking like a train barrelling out of control. “Are you waiting / to feel good?,” Steen shouts in the song’s chorus, which could read as a surreal message from an advertisement cynically promoting self-care, or a genuine question about one’s own happiness.

Shame are surveying the wreckage in their own lives and those of their entire generation. “I never did nothing / I couldn’t handle / Burn at both ends / That’s my candle,” Steen sings of his unrelenting stamina on “Nigel Hitter,” knowing full well that sustaining it comes at the expense of other important things. His quip on “Born in Luton” is indicative of the promises of adulthood that have evaporated for twentysomethings and zoomers alike, which often leads to such fits of recklessness. “I’ve been waiting outside for all of my life / And now I’ve got to the door, there’s no one inside,” he sings in an unhurried, almost foreboding tone. These things leave a whole lot of people unsure of what to do with their energy. “March Day” captures that exact irritability that comes with being alone at home with your thoughts—not satisfied no matter asleep or awake, moving or still, inside your mind or outside of it—and its crescendo of busy backing vocals mimics the unsettling, anxiety-inducing thoughts that can appear in moments of solitude.

The band’s secret weapon has always been their gung-ho backing vocals, an unsung hero on their debut album and another standout feature here. The explosive, call-and-response vocals between Steen and Finerty on “Concrete” and Finerty’s melodic echo of “I like you better when you’re not around” on “Tasteless” are two of the best sequences on Songs of Praise. Likewise, Finerty and Sean Coyle-Smith’s screams and indistinct babbling on their new single, “Water in the Well,’’ increase the song’s exhilaration tenfold, resulting in perhaps their most fervent performance as a band. Plus, the subtle yet impassioned vocalizations on “Born in Luton” give it a spiritual heft.

Steen’s vocal delivery is a bit more exaggerated and malleable this time around, particularly on songs like “Nigel Hitter” and “Water in the Well,” which have an oddball, distinctly David Byrne-like inflection—a style he pulls off fairly well, despite it being a bit less satisfying than his low-toned spoken monologues that have an effortless allure. Other unexpected moments come courtesy of the Wire-esque guitar stabs and off-the-wall synths of “Harsh Degrees” and “Born in Luton.”

Drunk Tank Pink may lack some of the tongue-in-cheek humor of its predecessor, but its emotional sentiments are more thoughtful. Their playful self-deprecation now manifests as blatant insecurities rapidly gnawing at them, and they look for escape, distraction and companionship—they reference the sky and the elements with increasing frequency and tenderness—to fill that void and combat their dissociation. “I live deep within myself, just like everyone else,” Steen sings on “Snow Day,” and even more dramatically, “I don’t feel that I deserve to feel human” on “Human, for a Minute.” But there’s also a blissful surrender and a mature realization that coping with everyday life is often about taking things as they come. “Happiness is only a habit and if that’s true, then I’m habitually dependent on something I cannot control,” Steen asserts on the metaphysical, piano-led grand finale “Station Wagon.”

For the most part, you also won’t find the simplistic catchiness of their debut, but that’s not the point of their second LP. Shame are in a different, increasingly dejected headspace, and they poured their anxieties into a more considered album. Drunk Tank Pink is more varied in pace and inspiration, likely due in part to producer and electronic musician James Ford (Arctic Monkeys, Florence and the Machine), and Coyle-Smith’s guitar prowess has markedly improved, with each song anchored in his textured, funky and surprisingly versatile strums. If you told Shame—the band who released an EP called Gone Fisting with vomit-splattered artwork six years ago and whose drummer fell down the stairs carrying dinner to a Fat White Family member at The Queen’s Head—back when they were teenagers that they were going to release something this impressive, they’d probably cackle at you through the haze of their cigarette smoke.