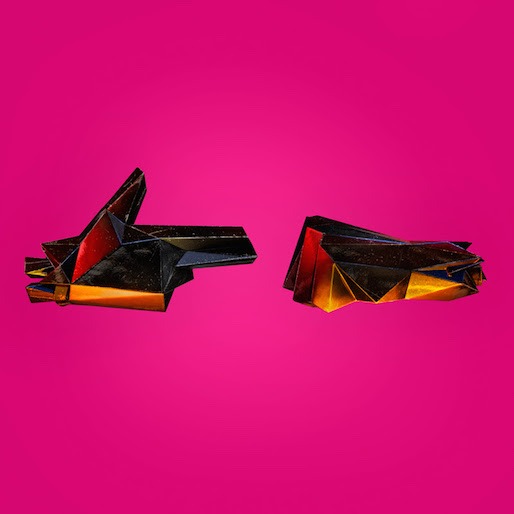 At this time, political rap heroes Run The Jewels and Rage Against the Machine were supposed to be on a break in the middle of their co-headlining international tour, but it was postponed due to COVID-19. Now, in the midst of economic turmoil, a pandemic and altogether uncertainty, the tragic death of Minneapolis’ George Floyd has sparked nationwide protests against police violence.

“Fuck it, why wait.” was the cue written in neon pink letters that signaled RTJ4’s arrival two days early, for free, in standard Run The Jewels fashion. Both the album’s accessibility and message are intended to highlight the ongoing revolution, which is clearly a cause the duo readily supports.

The second single, “ooh la la,” featuring East Coast icons Greg Nice and DJ Premier, which was released back in March, is a mellow, feel-good summer track that served as an ode to old-school New York hip-hop. But in context of the whole album, the song now sounds like the calm before the storm as police sirens blare in the distance while two friends reflect on their fears: El-P reminisces “I used to be munchkin, I wasn’t ‘posed to be nothin’/… I’m afraid of nothin’ but nothingness, ain’t it something?” and Killer Mike breaks the fourth wall in Run The Jewels’ cinematic universe, addressing the impending chaos: “I used to love Bruce, but livin’ my vida loca / Helped me understand I’m probably more of a Joker / When we usher in chaos, just know that we did it smiling / Cannibals on this island, inmates run the asylum.”

El-P’s distinctive production style is evocative of a technological apocalypse, with broken computer parts strewn on the ground and a slight burnt smell lingering in your nose. However, with Run The Jewels, that style takes on a new shape as a rough-and-tumble, hypermasculine, face-punching marathon with distorted bass and clicky percussion. This formula has served the duo well since their inception in 2013: El-P and Killer Mike rapping about the myriad ways in which they can beat you up over beats best suited for a high-speed car chase with guns ablaze. There is no shortage of that vivacity on the equally fun RTJ4, but the dynamic between the two has since settled into something far more mature.

This tonal shift was not accidental. While always politically active both personally and musically, it was not until Run The Jewels 3, released a month after the 2016 presidential election, when their music took a decidedly angrier turn. It was not recorded with the outcome of a Trump presidency in mind, but the album’s references to “masters” and its unadulterated rage was a clairvoyantly perfect reaction for many people.

RTJ4 is no different, looking back on an entire presidential term ahead of the 2020 elections with even more fury and an inadvertent timeliness for current events. While technically the messaging is “unintentional” and “inadvertent” in its relation to our very specific current events, it certainly speaks to the ongoing Black Lives Matter movement. “And everyday on the evening news they feed you fear for free / And you so numb you watch the cops choke out a man like me,” Killer Mike reflects on “walking in the snow.” “Until my voice goes from a shriek to whisper ‘I can’t breathe’/ And you sit there in house on couch and watch it on TV / The most you give’s a Twitter rant and call it a tragedy.” Although referring to Eric Garner’s widely publicized death in 2014 at the hands of a police officer, much of this lyric was echoed in the recent death of George Floyd, who uttered those exact same words as Garner. History repeats itself, and Run The Jewels are simply the messengers.

This is especially true on another album highlight, “JU$T,” which features Pharrell, Zack de la Rocha, minimalist hi-hat beats that dissolve into whispers and manipulated vocal loops that serve as a stage where everyone’s soapboxes get equal time and attention. Killer Mike hopscotches over the beat like the sonic version of a pimp walk as he namedrops pedophiles and marijuana moguls. El-P laces his stuttery flow with literary and philosophical references ranging from Confucius to Kurt Vonnegut. Then, Zack de la Rocha kicks through the door with a dominating presence that makes the postponed RTJ/RATM tour that much more heartbreaking, with his impeccable word choice and enunciation pounding through the speakers: “A clean look, a poet pugilist / A shooter’s view, Zapruder flick / Too rude for ya rudiments / Who convinced you?” Combined with an effortless Pharrell hook, this track feels like a barbershop quartet of street preachers.

El-P’s various abstract thoughts bounce perfectly off of Killer Mike’s more fleshed-out observations, much like the “show your work” motto drilled into elementary school curriculums. Although, in this case, Run The Jewels are bashing you over the head with it. They expertly weave in and out of the recognizable and the undiscovered, which El-P alluded to in a GQ interview where he said, “First of all. . . two dudes who were born in 1975 are not supposed to be allowed to be at the cutting edge of music. We’re not supposed to be allowed to be at the table. It’s supposed to be that all of our influences and all of the things that we came up with and love are supposed to have been replaced by a new group of influences that people are rightfully into cause they’re younger and they didn’t experience the moments that we did.”

RTJ4 serves as a loving ode to the old school more so than on any of their other albums, with the aforementioned Greg Nice and DJ Premier feature, Killer Mike’s references to 2 Live Crew on “never look back” (“Uncle Luke don’t stop, get it get it Magic City”) and a brilliantly manipulated Gang of Four sample on “the ground below.”

This hodgepodge of styles and references emphasize what their music is all about. El-P’s New York roots meshed with Killer Mike’s Dirty South origins seem strange at first, but it’s their shared love of hip-hop’s history and politics that make the duo unlike anyone else. They treat hip-hop as a universal and political language that transcends identity, relying on the mechanics of the genre as a vehicle to tell meaningful stories, even if it means driving that vehicle directly into the building. RTJ4 is the perfect soundtrack to the revolution, especially the one not televised.

Jade Gomez is a New Jersey-based freelance writer, dog mom, Southern rap aficionado and compound sentence enthusiast. Her incessant commentary got her suspended from social media, so feel free to shout into the void or follow her on Instagram.